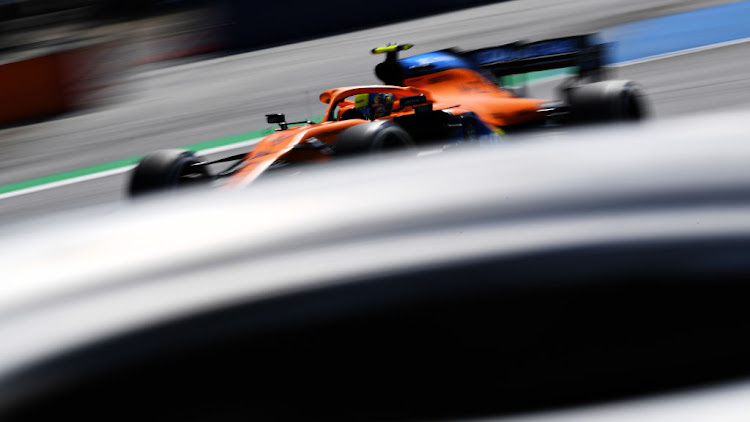 Lando Norris's hopes of a repeat podium at the Red Bull Ring faded on Friday when the McLaren driver was handed a three-place grid penalty in practice for Sunday's Styrian Formula One Grand Prix.

The 20-year-old Briton celebrated his first F1 podium last weekend when he finished third in the Austrian season-opener at the same circuit after starting in third place.

“The whole day's not been quite so smooth as last weekend was,” said Norris.

“I was on a push lap at the time and two of the other guys were on a slower lap. They pulled over to let me past ... I saw the yellow flags and I braked, I just hadn't braked and completely gone to the same speed as them.

“I did what I had to do in terms of driving cautiously and being prepared to stop and whatever but I just rolled a bit more speed than the other guys and ended up passing them. The rules are the rules.”

Norris said he had also been on painkillers for a back problem and had not felt confident in the car, limiting his track time in the afternoon.

“I feel fine now and walking around, but when I am driving it is something that causes me a lot of pain particularly in the high speed corners and when I'm braking,” he told Sky Sports television.”

MotoGP cancels Grand Prix of the Americas in Austin

MotoGP announced the cancellation of the Grand Prix of the Americas in Austin, Texas, on Friday due to the Covid-19 pandemic
Motoring
1 year ago

Russia to allow spectators at Sochi Formula One race

Russia will allow spectators to attend its Formula One grand prix in Sochi in September after the season started behind closed doors in Austria last ...
Motoring
1 year ago