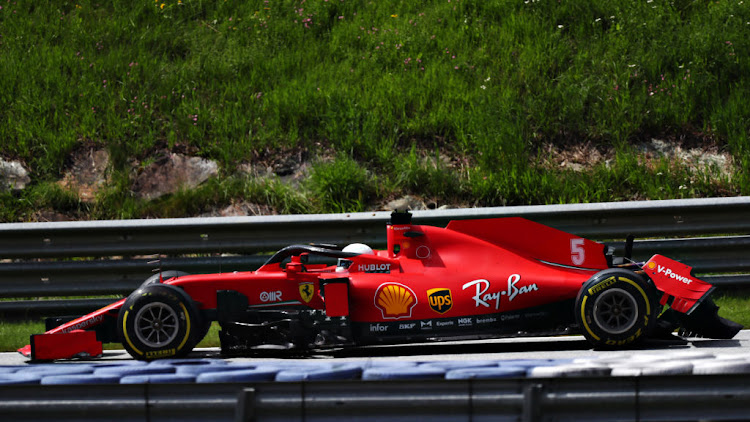 Sebastian Vettel of Germany driving the (5) Scuderia Ferrari SF1000 with a broken rear wing during the Formula One Grand Prix of Styria at Red Bull Ring on July 12, 2020 in Spielberg, Austria.
Image: Dan Istitene - Formula 1/Formula 1 via Getty Images

Ferrari's Sebastian Vettel and Charles Leclerc retired from the Styrian Formula One Grand Prix after colliding on the opening lap on Sunday.

Both cars suffered damage and pitted at the end of the lap, with four-times world champion Vettel going no further while Leclerc rejoined in last place after having a new front wing fitted.

Leclerc, whose car was tipped onto Vettel's after he tried a lunge down the inside of the German and hit a kerb in the turn three incident, returned to the pits on lap five and also retired from the race.

Ferrari fast-tracked performance upgrades through to the second race of the Formula One season in Austria but unhappy team boss Mattia Binotto said ...
Motoring
2 years ago