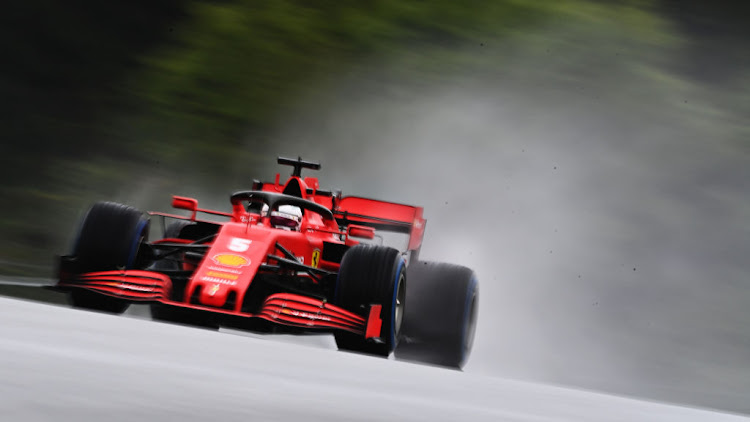 Sebastian Vettel of Germany driving the (5) Scuderia Ferrari SF1000 on track during qualifying for the Formula One Grand Prix of Styria at Red Bull Ring on July 11, 2020 in Spielberg, Austria.
Image: Clive Mason - Formula 1/Formula 1 via Getty Images

Ferrari fast-tracked performance upgrades through to the second race of the Formula One season in Austria but unhappy team boss Mattia Binotto said on Saturday they had not delivered as planned.

“We have to accept that the stopwatch doesn’t ever lie,” commented Binotto.

“In two qualifying sessions, albeit in different conditions, we have not been competitive, not only against those who have been our closest rivals over the past few years, but also against others, who up to yesterday were generally behind us.

“We worked very hard to bring updates to the car earlier than planned, but they didn’t show their worth on track,” he said of a new front wing and floor.

“We have to work out why and change this state of affairs, which is just not good enough for a team by the name of Ferrari.”

So poor was Ferrari's performance that Leclerc — on pole in Austria last year — will start behind George Russell's Williams after the Briton (11th) secured that team's highest grid position since 2018.

Ferrari have recognised design failings in their car, though the engine that was so competitive last season is also clearly part of the problem now with all three Ferrari-powered teams struggling.

Suspicions about the Ferrari power unit came to a head last season with the governing FIA and Italian team reaching a confidential settlement.

Ferrari have denied anything untoward but their performances in preseason testing and at last weekend's season opener at the same Red Bull Ring have been surprisingly slow even if Leclerc ultimately finished second.

“We were just not quick enough today. When I look at the gap to the cars at the front, I am quite surprised,” said Leclerc. “There’s definitely some work to do.”

Formula One's governing body has warned Ferrari about the risks of breaching the sport's Covid-19 protocol and protective "bubble".
Motoring
2 years ago