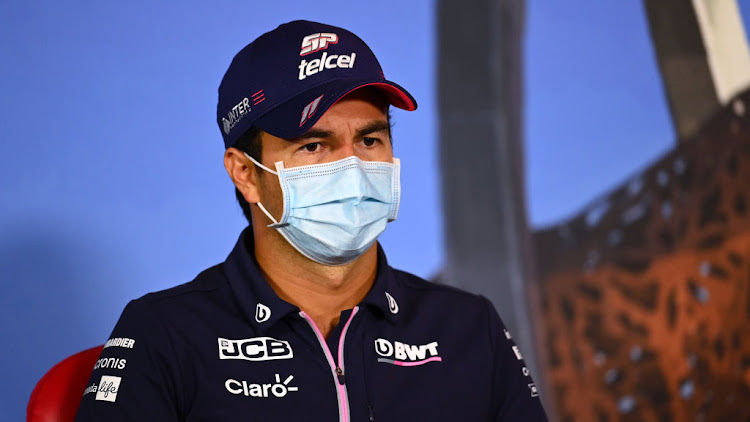 Sergio Perez before last week's Styrian Grand Prix in Spielberg, Austria. The Mexican has dismissed speculation that he may be replaced at Racing Point by Sebastian Vettel.
Image: Clive Mason - Formula 1/Formula 1 via Getty Images

Mexican Sergio Perez said teams in and outside the Formula One paddock had contacted him amid speculation he could be replaced at Racing Point next season by four-time world champion Sebastian Vettel.

The 30-year-old driver has a long-term contract — something he noted repeatedly in a Thursday video news conference at the Hungarian Grand Prix — but media reports are persistent in suggesting Vettel is set for the seat.

The German is leaving Ferrari at the end of the year, destination unknown.

“I know I've got a contract,” Perez told reporters. “During the week obviously the rumours came out and we actually got contacted by a team in the paddock. I won't say names.

“Also other teams in other categories, which was quite a surprise because we have a contract for the next years here. At the moment there are just rumours around. Nothing more to add from my side, other than we got a contract in place.”

George Russell says he is staying with Williams next year

British Formula One driver George Russell said on Thursday he was staying with Williams next season alongside Canadian Nicholas Latifi, ending ...
Motoring
1 year ago

Perez's teammate is Canadian Lance Stroll, the 21-year-old son of billionaire owner Lawrence, whose position looks as solid as they come.

Stroll said he was “determined to stay here” when asked about his intentions, and dismissed the rumours as “part of the circus, I guess ... part of the Silly Season.".

Racing Point principal Otmar Szafnauer told reporters last week it was flattering to be linked to Vettel but both current drivers had long-term contracts and “it would only be logical that we don't have space”.

Perez, who is fifth overall and 10 points ahead of Stroll in the standings after two races, said nothing had changed from the team's side.

“I think I'm with the team. As far as I know, I have a contract. We will see what happens in the next weeks. From my point of view, I've got a contract with the team. I fully believe in the future of the team.

Racing Point confident they can see off Renault protest

Racing Point accused Formula One rivals Renault on Monday of making a "misconceived and poorly informed" protest against them at the Styrian Grand ...
Motoring
1 year ago

Formula One fans will be able to get a better flavour of the race-day experience with a virtual alternative to the 'Paddock Club' during the Covid-19 ...
Motoring
1 year ago