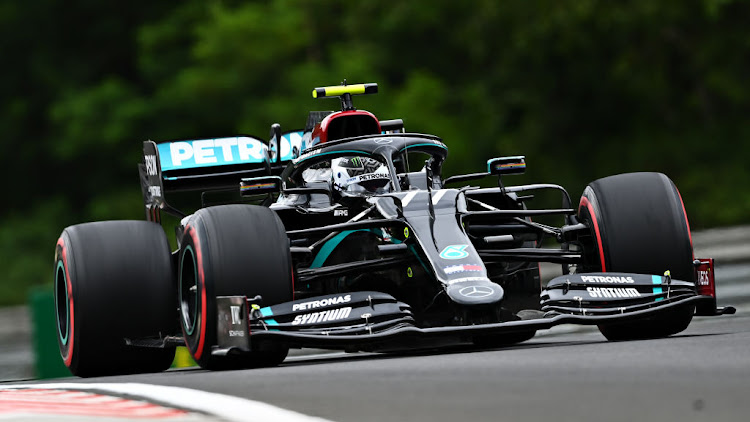 The Finn set a time of one minute 15.437 seconds on a cloudy morning at the Hungaroring after Friday's rain, 0.42 quicker than six-time champion Hamilton and the fastest lap of the weekend.

Racing Point's Mexican Sergio Perez, whose car is a close copy of last year's title-winning Mercedes, was third on the time sheets.

Ferrari's Charles Leclerc lapped fourth fastest and Racing Point's Lance Stroll fifth on a track that was slippery early on from oil and cement dust left behind from an earlier Formula Three race.

Hamilton will be chasing his eighth Hungarian Grand Prix victory on Sunday to equal Ferrari great Michael Schumacher's all-time F1 record for the number of wins at the same grand prix.

The Briton is six points behind Bottas, who won the season-opener in Austria and finished second to Hamilton in the second race at the Red Bull Ring.

Renault say their Racing Point protest is about F1's future

Renault's ongoing protest against the Racing Point cars is also about how Formula One goes racing in the future, the French team's executive director ...
Motoring
1 year ago

Formula One reported on Friday that two people had tested positive for Covid-19 in the latest batch of nearly 5,000 tests but said neither attended ...
Motoring
1 year ago

Four-time world champion topped the afternoon timesheets but with a slow time of 1:40.464
Motoring
1 year ago