Renault say their Racing Point protest is about F1's future 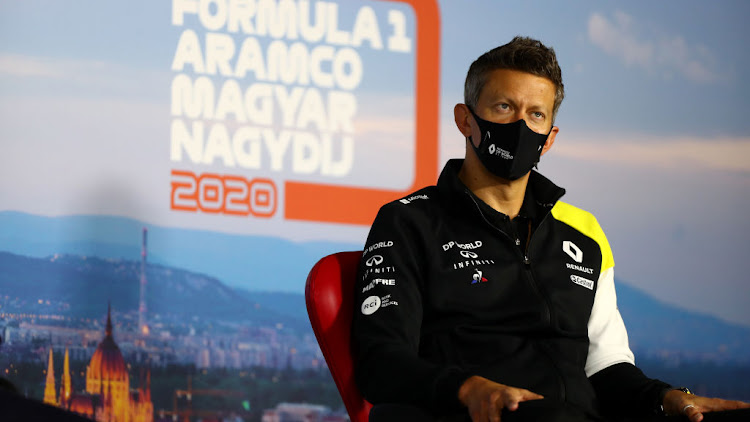 Renault's ongoing protest against the Racing Point cars is also about how Formula One goes racing in the future, the French team's executive director Marcin Budkowski said on Friday.

“I think for us it’s important to clarify ... what is permissible and what isn’t for this season,” Budkowski told reporters in a video news conference at the Hungarian Grand Prix.

“But also what Formula One we want in the future. What is the model we want?

“Is it permissible to get parts or get geometries from another team and use them on your car or not — because we don’t think that’s the right model for F1 in the future. It’s really beyond the protest, beyond this race.”

Canadian-owned Racing Point, who use Mercedes engines and gearboxes, have made no secret of copying last year's winning Mercedes but say they followed rules that teams must design certain listed parts for themselves.

The protest focuses on the Racing Point brake ducts, and a comparison with those on last year's Mercedes.

A decision is unlikely for several weeks but Racing Point principal Otmar Szafnauer was confident his team's case was “bulletproof”.

“There are things that the camera can't see, especially the internal surfaces of a brake duct, for example, that we completely designed and developed ourselves,” he said.

The controversy has also revived a long-standing debate about 'customer cars' — ones provided by a constructor for another team to race.

McLaren team boss Andreas Seidl spoke earlier of the risk of Formula One becoming “a copying championship” with only two or three real constructors rather than 10 independent ones.

Christian Horner, boss of Red Bull Racing which also has AlphaTauri as a junior team, said the outcome of the protest would “dictate strategies for different teams for next year. So a lot weighs on that.

“The FIA just need to say yes they're fine with it or obviously no, they're not. A ruling on that sooner rather than later for all teams would be beneficial.”

Formula One reported on Friday that two people had tested positive for Covid-19 in the latest batch of nearly 5,000 tests but said neither attended ...
Motoring
1 year ago

Four-time world champion topped the afternoon timesheets but with a slow time of 1:40.464
Motoring
1 year ago