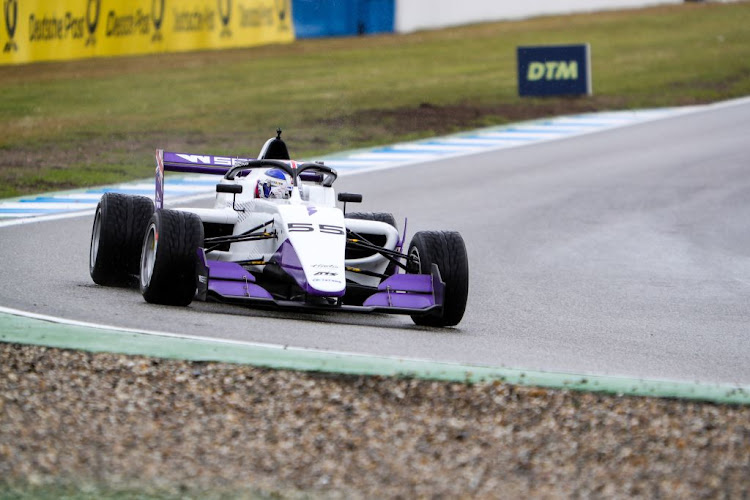 Jamie Chadwick of Tatuus F3 T-318 during qualifying for W Series race at the DTM German Touring Car Championship in Hockenheim in May last year. The all-female series could support more F1 grands prix next year and has backup plans in the event of a split from the DTM.
Image: Robert Broger/SEPA.Media /Getty Images

The all-female W Series could support more Formula One grands prix next year than the two American rounds already announced and has backup plans in the event of a split from the German Touring Car championship (DTM).

The series has cancelled its second season due to the Covid-19 pandemic but is working towards a return in 2021 with races on the US and Mexican Formula One grand prix programmes confirmed.

"We are speaking to a number of series at the moment," series founder and chief executive Catherine Bond Muir told reporters on Wednesday when asked about next year's calendar.

"Our desire is to race internationally and as wide geographically as we possibly can."

Formula One, with races in Asia, the Middle East and Europe as well as the Americas, fits the bill.

On Sunday Renault lodged an official protest for the second race in a row at the Hungarian Grand Prix against Formula One rivals Racing Point, ...
Motoring
1 year ago

Bond Muir said W Series definitely wanted to race in Asia but there was 'more certainty we'll be there in 2022 than 2021."

Organisers of the Australian Grand Prix, a government-funded event, expressed interest in the series featuring on their programme already last year.

The DTM is facing an uncertain future, with Audi departing at the end of this year and Mercedes and Aston Martin already gone, leaving only BMW.

DTM chief Gerhard Berger told Red Bull's ServusTV this month that if no German manufacturers supported the platform then it might have to be wound up.

"Maybe we would do our own races. We're just working through the economics of that at the moment," said Bond Muir.

"We would love to continue the partnership (with DTM) but if it doesn't, we have backup plans."

Bond Muir said W Series, whose first champion Jamie Chadwick is racing in the European Formula Three Regional championship this year, needed to get dates in the diary for television deals to be sorted.

Lewis Hamilton has hit back at past Formula One champions Mario Andretti and Jackie Stewart for their comments on his anti-racism stance and push for ...
Motoring
1 year ago

MotoGP champion Marc Marquez could be back in action next month after his Repsol Honda team reported successful surgery to his right arm on Tuesday.
Motoring
1 year ago

Red Bull see plenty of untapped potential in Alex Albon and are happy with the British-born Thai, according to team boss Christian Horner.
Motoring
1 year ago