Grosjean and Hamilton clear the air over antiracism protests 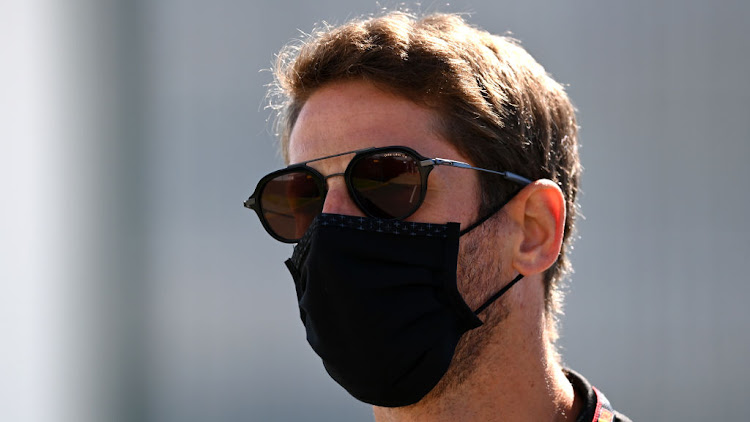 Romain Grosjean of France and Haas F1 looks on in the paddock on Thursday ahead of the F1 Grand Prix of Great Britain at Silverstone on Sunday.
Image: Clive Mason - Formula 1/Formula 1 via Getty Images

Romain Grosjean and Lewis Hamilton said on Thursday they had cleared the air after the six-time Formula One champion accused the Haas driver of wanting to drop antiracism protests.

Mercedes driver Hamilton had spoken critically of Grosjean, a director of the Grand Prix Drivers' Association (GPDA), following a rushed and disorganised gesture before the Hungarian Grand Prix on July 19.

“He doesn't think it's important to do it. He's one of them that thinks that it was done once and that's all we need to do,” the Briton, Formula One's only black driver and prominent among those taking a knee, said at the time.

Grosjean told reporters at the British Grand Prix that he had a 45-minute phone conversation with Hamilton on the Tuesday after the race.

Norris expects F1 drivers to be more organised against racism

Formula One drivers will be more organised in taking a stance against racism at Silverstone this weekend after a rushed and disjointed response at ...
Motoring
9 months ago

“I felt that as one of the directors, [co-director] Sebastian [Vettel] was pushing in the direction of carrying on 'End Racism', which is the right approach. I was speaking for the drivers that were not happy to carry on, to express their voice.

Grosjean said the GPDA had spoken with F1 chairman Chase Carey and Jean Todt on a conference call to make sure things were done in the right way in future with a clear procedure before the race.

“I think that's going to happen,” he said.

Hamilton, speaking separately, said he had been impressed by his conversation with Grosjean and appreciated the Frenchman's approach.

“He originally reached out to me to talk after the last race, and we had this great conversation,” he said.

“The fact is, we have more in common than we perhaps think. He's clearly a caring person.

“It's not easy for anybody to admit that we're wrong ... When we got off the phone, I knew that we were united and we're going to be working towards the same common goal.”

Russell happy for old rivals Norris and Albon to succeed

George Russell says he is happy to see old rivals Lando Norris and Alex Albon shine in Formula One this season, even as he struggles to score, ...
Motoring
9 months ago

Mexican Formula One driver Sergio Perez was self-isolating on Thursday after an inconclusive test for Covid-19, the governing FIA said at the British ...
Motoring
9 months ago

Italian Grand Prix at Monza to run without spectators

This year's Italian Formula One Grand Prix at Monza, a highlight of the calendar for diehard Ferrari fans, will be held without spectators due to the ...
Motoring
9 months ago
Next Article