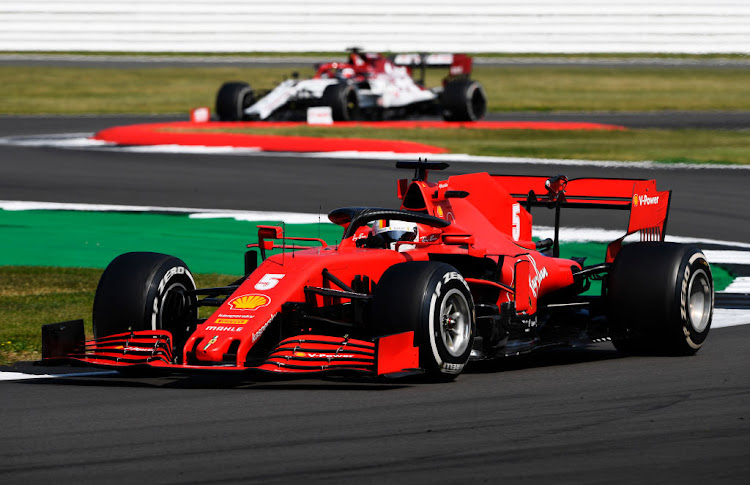 Sebastian Vettel will have a new chassis for Sunday's Spanish Grand Prix after Ferrari said on Wednesday they had found damage to the one he used at Silverstone last weekend.

The four-time Formula One world champion, who is leaving Ferrari at the end of the year, is having a tough season and is languishing 13th overall with just 10 points from five races so far.

To put that into perspective, Monegasque teammate Charles Leclerc has scored 45 while Germany's Nico Hulkenberg - a stand-in for Mexican Sergio Perez at Racing Point - has six from one race.

"Sebastian will have a new chassis because after the Silverstone post-race analysis we spotted a small fault caused by a heavy impact over a kerb," said head of chassis engineering Simone Resta.

"It would not have had much of an effect on performance, but it was the logical decision to take."

Vettel spun after hitting a kerb at the first corner of the opening lap in last Sunday's 70th Anniversary Grand Prix. He finished 12th.

Ferrari, whose car is some way off the pace of champions Mercedes and Red Bull, will otherwise have no major updates for their SF1000 car.

The row over Racing Point's Formula One car was heading to court after rivals Ferrari and Renault confirmed on Tuesday they would appeal a stewards' ...
Motoring
1 year ago

This year's postponed Le Mans 24 Hours sportscar race will be run without spectators in September due to the Covid-19 pandemic, its organisers said ...
Motoring
1 year ago