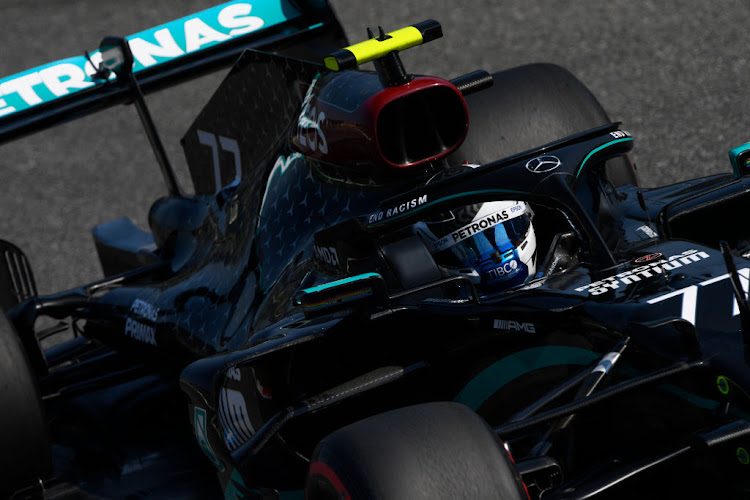 Lewis Hamilton's closest Formula One rival Max Verstappen crashed his Red Bull in first practice for the Italian Grand Prix on Friday while Mercedes continued to dominate and Ferrari struggled.

Valtteri Bottas was top of the time sheets at Monza with a fastest lap of one minute 20.703 seconds on the soft tyres, with six times champion teammate and overall leader Hamilton 0.245 slower.

Verstappen, second overall and 47 points behind Hamilton after seven races, spun off across the gravel and into the barriers at the Ascari chicane and damaged his front wing.

The incident brought out the red flags but Verstappen, who returned to the pits, was able to get back on track later and ended up fifth.

“Thankfully it was just a front wing. We're not flush with parts so we'll need it back from the marshals a bit later,” Red Bull team boss Christian Horner told Sky Sports television.

“It's very high speed over there, so we're lucky to get away with the low-ish amount of damage that we did.”

Neither of the two Ferraris featured in the top 10 with their car short of straight-line speed at the fastest track of the year.

Monegasque Charles Leclerc, last year's winner, was only 11th with Sebastian Vettel down in 19th and behind Williams' Israeli test driver Roy Nissany, taking George Russell's seat for the session.

Formula One leader Lewis Hamilton said he saw a clampdown on engine modes as a compliment to his dominant Mercedes team and suspected the move could ...
Motoring
1 year ago

Spanish driver Carlos Sainz said on Thursday he had no qualms about moving from McLaren to Ferrari next year, despite the Italian team's struggles ...
Motoring
1 year ago