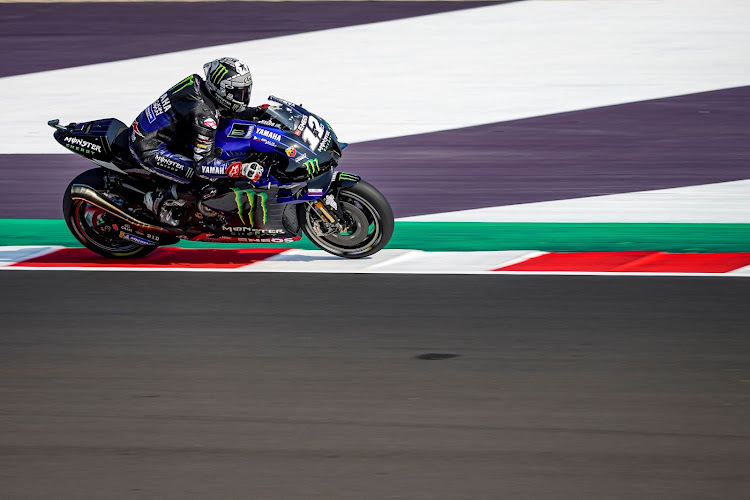 Pole-sitter Viñales got off to a slow start but finished strongly to clock a time of 41 minutes, 55.846 seconds and beat fellow Spaniard Joan Mir of Suzuki by 2.425 seconds.

KTM rider Pol Espargaro was moved up to third to make it an all-Spanish podium when Petronas Yamaha's Fabio Quartararo was handed a three-second penalty for exceeding track limits.

Bagnaia was denied the chance to start at the head of the grid despite setting a record lap on Saturday as he exceeded track limits and the Italian hit the tarmac on lap 20 after losing control of his bike at turn six.

Seven-time MotoGP champion Valentino Rossi, who was chasing his 200th podium finish, crashed at turn four on the second lap in tricky conditions after earlier rain.

The first seven rounds of the Covid-19-hit season have produced six different winners, with Quartararo taking the opening two races in Jerez, Spain.

Ducati's Andrea Dovizioso finished eighth to cling on to the world championship lead with 84 points, a point ahead of Quartararo and Viñales.

Toyota celebrated a third successive victory in the Le Mans 24 Hours endurance race on Sunday with Kazuki Nakajima taking the chequered flag in the ...
Sport
10 months ago

The World Endurance Championship (WEC), which includes the 24 Hours of Le Mans, published a slimmed-down provisional 2021 calendar of six races on ...
Motoring
10 months ago

The lights will finally go green for the first round of the 2020 SA Global Touring Cars (GTC) championship at Red Star Raceway, Delmas, Mpumalanga, ...
Motoring
10 months ago