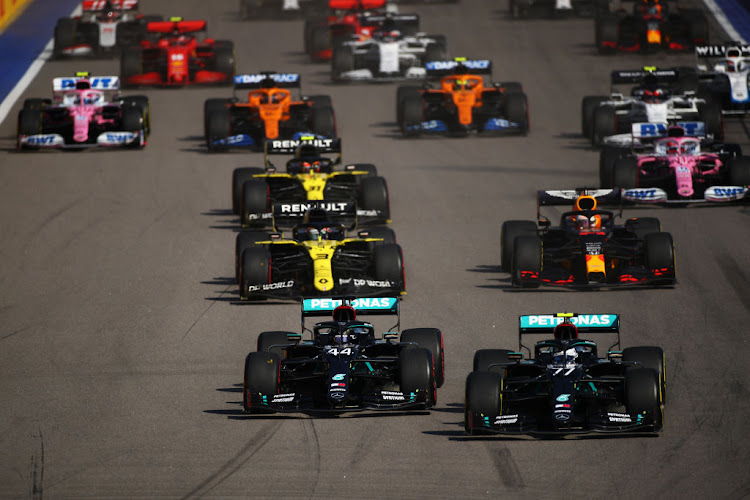 Stewards had notified the Mercedes driver, who was on pole at Sochi, before the start that he was under investigation.

"What happened? What happened?," exclaimed the Briton when told of the decision. "Where is that in the rule book?"

Hamilton pitted after 17 laps and dropped from the lead to 11th place.

"This is just ridiculous," he said over the team radio.

Hamilton's team mate and closest rival Valtteri Bottas, 55 points behind in the standings after nine races, was leading.

Hamilton is one victory away from matching the all-time win record of Ferrari great Michael Schumacher.

Hamilton on pole in Russia with Schumacher's record in sight

Formula One championship leader Lewis Hamilton came back from qualifying drama at the Russian Grand Prix on Saturday to put his Mercedes on pole ...
Motoring
1 year ago

Rossi staying in MotoGP for another year with Petronas Yamaha

Italian great Valentino Rossi will race for the Petronas Yamaha MotoGP team next season after signing a one-year contract renewal, Yamaha said on ...
Motoring
1 year ago

Domenicali to replace Carey as F1 CEO from January

Formula One need not fear any Ferrari favouritism when the Italian team's former boss Stefano Domenicali replaces Chase Carey as chief executive in ...
Motoring
1 year ago