Turkish F1 Grand Prix to be held without fans 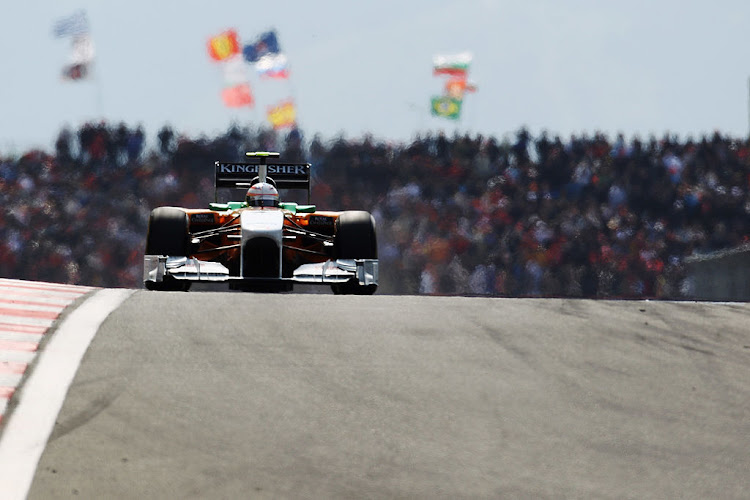 Paul di Resta of Great Britain and Force India during the Turkish Formula One Grand Prix at the Istanbul Park circuit on May 8 2011 in Istanbul. F1 is returning to this circuit for the first time in nine years.
Image: Paul Gilham/Getty Images

Formula One's Turkish Grand Prix next month will be held without spectators due to the coronavirus pandemic, the Istanbul governor's office said on Monday, as the event returns to Istanbul after an absence of almost a decade.

The Turkish Grand Prix, scheduled for November 13-15, was put back on the Formula One calendar in August. Turkey last hosted a race in 2011 at the Istanbul Park circuit, which was popular among drivers but attracted small crowds.

In order to boost attendances, Istanbul Park's operators Intercity had sold tickets at record-low prices for the 2020 weekend and announced that as many as 100,000 fans would be allowed in.

However, the Istanbul Governor's office announced on Monday that the race weekend would be held without any fans amid a rising trend in coronavirus cases and deaths in Turkey, based on a recommendation by the Istanbul Provincial Pandemic Council.

"It was decided that the race be held without fans," the governor's office said in a statement.

Tickets went on sale in early September, with organisers and officials saying there was great interest in the event.

Intercity hopes to achieve a lasting place on the F1 calendar after this year's race, despite several rounds of unsuccessful talks between the sport and the Turkish government.

Honda's exit from Formula One at the end of next year is bad news for all motorsport, the founder of the electric Formula E series Alejandro Agag ...
Motoring
1 year ago

Red Bull respect engine supplier Honda's decision to leave Formula One at the end of 2021 and are well equipped to deal with the 'obvious challenges' ...
Motoring
1 year ago

Honda Motor will end its participation in the FIA Formula One World Championship as a power unit supplier at the end of the 2021 season, it said on ...
Motoring
1 year ago