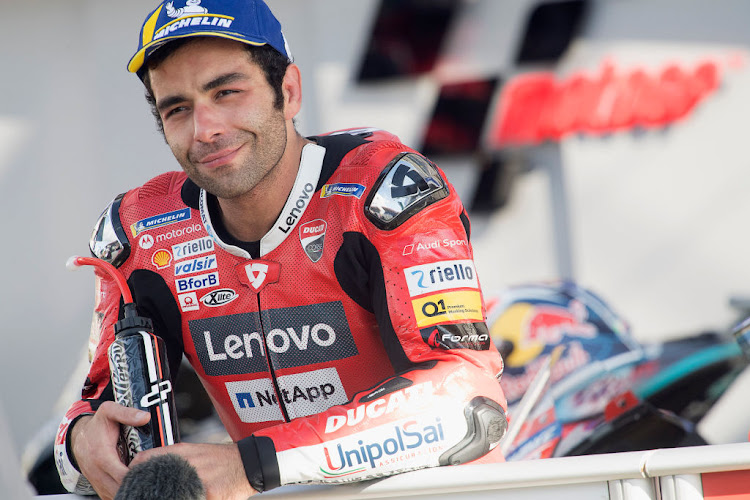 The race was delayed by a heavy downpour just moments before the start time at Bugatti Circuit and changed the fortunes of Championship contenders Fabio Quartararo and Joan Mir — who had never started a wet race before.

Pole-sitter Quartararo struggled on his Petronas Yamaha from the start, allowing Petrucci, who started third, to take the early lead as he went on to clinch his first victory of the season.

Petrucci's win comes as a huge surprise after having failed to record a top-six finish in any of the previous eight races this season.

In the absence of the injured world champion Marc Marquez, younger brother and team mate Alex produced a string of blistering laps in his first wet race to finish second.

KTM's Pol Espargaro made a late charge to claim the final podium position ahead of Ducati's Andrea Dovizioso.

Quartararo finished a disappointing ninth in his home race but stays at the top spot in the Championship standings, while Suzuki's Joan Mir ended in 11th.

SA's Brad Binder on a KTM took the first half of the race to gain optimum feeling with the wet surface but then set impressive lap times to move up to 12th.

“Mixed emotions today because at the beginning of the race I was incredibly slow for the first ten-fifteen laps. Then, all of a sudden, I found two seconds on one lap and started to understand a lot more about how much grip there was available," said Binder.

"It was disappointing that I wasted so much time in the beginning and I learnt today how incredible the tyres are; I’ve never been able to do things like that in the wet and it’s quite amazing to see what you can do with the bike in those conditions. So today was a learning day because I was much, much better at the end than the beginning. The next time it’s wet we will be better-off.”

Nico Hulkenberg will replace unwell Canadian Lance Stroll at this weekend's Eifel Grand Prix at the Nürburgring, the Racing Point Formula One team ...
Motoring
9 months ago

Racing Point's Lance Stroll missed final practice for the Eifel Grand Prix on Saturday with speculation that Nico Hulkenberg could stand in for the ...
Motoring
9 months ago