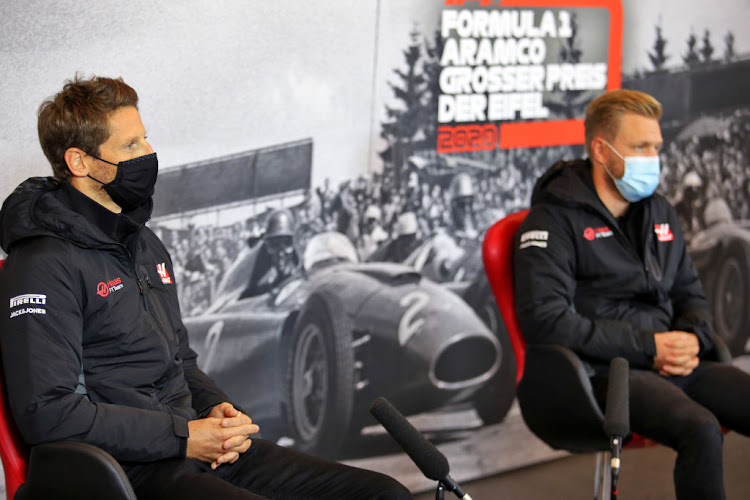 Romain Grosjean (left) and Kevin Magnussen are both leaving the Haas F1 team at the end of year.
Image: XPB - Pool/Getty Images

Romain Grosjean and Kevin Magnussen will leave the Haas Formula One team at the end of the season, the US-owned outfit said on Thursday ahead of the Portuguese Grand Prix.

Both drivers had earlier posted messages on social media announcing their departures.

“We have a lot of good memories together — in particular our 2018 season when we finished fifth in the standings in only our third season. Romain and Kevin played a significant part in that success,” said team boss Guenther Steiner in a statement.

Magnussen tweeted that he was still working on his plans for the future and wanted to finish the last six races of the season on a high.

Grosjean posted a message saying “the last chapter is closed and the book is finished”, and wishing the team all the best for the future.

Formula One champions and former Mercedes team mates Nico Rosberg and Lewis Hamilton are set to lock horns again as owners of rival outfits in the ...
Motoring
11 months ago

Hamilton and Mercedes can break records in Portugal

Lewis Hamilton and his Mercedes team can make Formula One history on Sunday as Portugal returns for the first time in 24 years on a calendar reshaped ...
Motoring
11 months ago

Sunday's Portuguese Formula One Grand Prix will be limited to 27,500 spectators a day because of a rise in Covid-19 cases in the country, the ...
Motoring
11 months ago