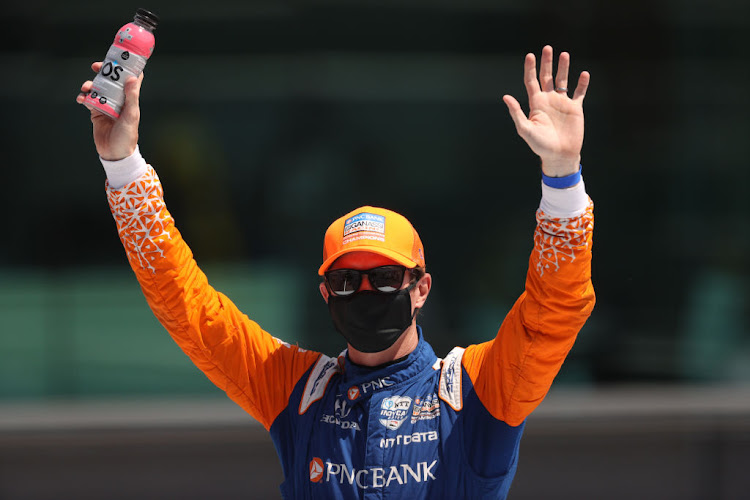 It was Newgarden's fourth win of the season and second straight on the St Petersburg temporary road course that was supposed to be the season opener in March. Instead it became the series finale when the Covid-19 pandemic forced a reshuffling of the calendar.

For the 15th consecutive year the IndyCar title decider came down to the last race with two drivers from powerhouse teams still in the hunt: Chip Ganassi Racing's Dixon and defending champion Team Penske's Newgarden.

While Dixon sits third on the all-time IndyCar victory list, none have come in St Petersburg and the 40-year-old driver did not need a win on a steamy Sunday to clinch the crown.

Leading Newgarden by 32 points, Dixon needed only to finish ninth or better to secure the title. His Penske rival had a mountain to climb, needing to finish second or better while he placed no worse than 23rd.

"Six is good but seven sounds better and that's obviously going to be the goal," Dixon said as he celebrated in Victory Lane.

"It's tough. Credit to the team able to stay consistent and just have a smooth race, and that's what we did."

Newgarden started eighth and, as expected, was on the charge right from the green flag while Dixon, who qualified 11th, was content to cruise along mid-field for much of the race.

With 20 laps to run, Newgarden blasted into the lead to set up a tense finish, but a clinical Dixon did not turn a wheel wrong, staying clear of a rash of mid-race incidents to take the big prize.

Newgarden, who came up 16 points short of defending his title, settled for the victory ahead of Mexico's Pato O'Ward, with Dixon completing the podium.

"It is definitely bittersweet," said Newgarden.

"We just came up short, we weren't good enough. We'll reset and hit it harder next year."

George Russell said on Thursday he was confident he would be racing for Williams in Formula One next year despite media speculation linking Mexican ...
Motoring
7 months ago

Kevin Magnussen said on Thursday he would love to race in America when he leaves the Haas Formula One team at the end of the season, if he could not ...
Motoring
7 months ago