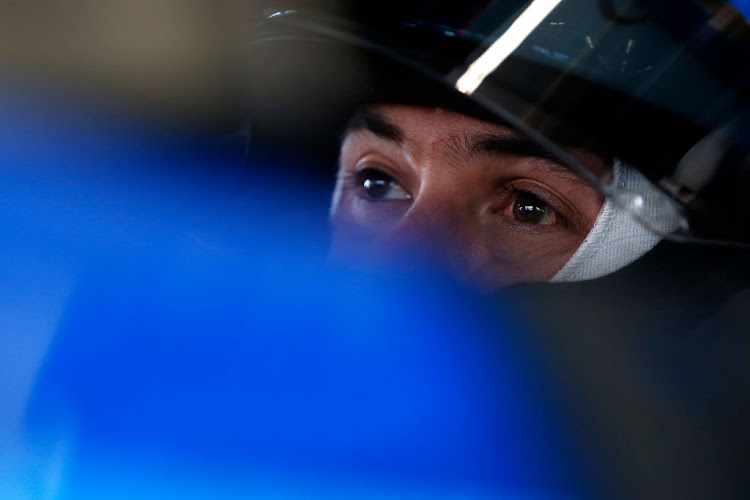 NASCAR driver Kyle Larson has signed a multi-year contract with Hendrick Motorsports after he was fired by Chip Ganassi Racing and suspended for more than six months for using a racial slur in April.
Image: Brian Lawdermilk/Getty Images

Kyle Larson on Wednesday signed a multiyear contract with Hendrick Motorsports after he was fired by Chip Ganassi Racing and suspended for more than six months by NASCAR for using a racial slur in April.

A six-time winner on the NASCAR Cup Series, Larson had been one of its hottest commodities until he was heard using the slur while apparently testing his microphone for the iRacing competition. He was immediately dropped by sponsors and his team.

He was reinstated earlier this month after he fulfilled the requirements set by NASCAR, which said he had also taken several voluntary measures to educate himself.

“Humbled, honoured and so grateful for this next chapter in my life,” he tweeted on Wednesday with a photo of him signing the contract.

“Thank you Team Hendrick, look forward to great things on and off the track!”

Under the terms of his reinstatement, he will be cleared to return to all NASCAR racing activities on January 1, 2021.

During his suspension, Larson spent time racing sprint cars collecting 12 victories on the World of Outlaws tour, which required him to complete sensitivity training in order to be cleared for competition.

“Apologising for your mistakes matters,” said Larson in an essay published on October 4 on his website.

“I will not stop listening and learning, but for me now, it's about action — doing the right things, being a part of the solution and writing a new chapter that my children will be proud to read.”

This weekend's Emilia Romagna Formula One Grand Prix at Imola will be held behind closed doors due to the Covid-19 pandemic, organisers said on ...
Motoring
6 months ago

Saudi Arabia is set to host a Formula One grand prix for the first time next year with a street race in Jeddah featuring on a record 23-round draft ...
Motoring
6 months ago

Italian Grand Prix winner Pierre Gasly will continue to race for AlphaTauri in 2021, the Red Bull-owned Formula One team confirmed on Wednesday.
Motoring
6 months ago
Next Article