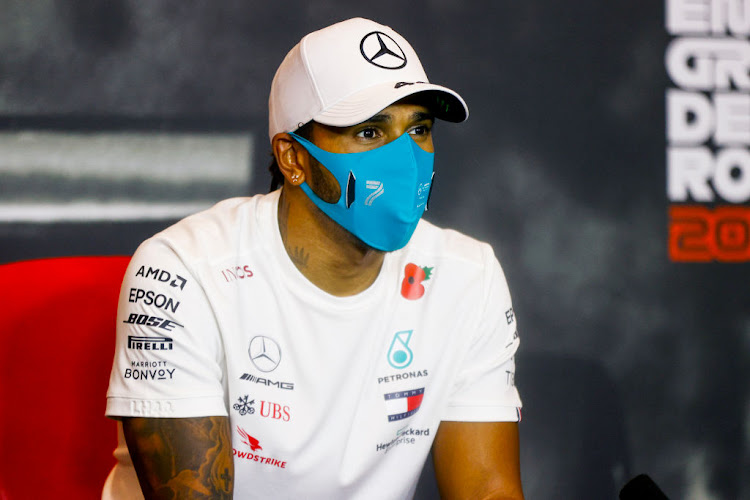 Lewis Hamilton can match Michael Schumacher's record seven world championships and overtake the former Ferrari great as the most successful Formula One driver of all time in Turkey on Sunday.

The Mercedes ace, who has a record 93 race wins, will be champion again at the Istanbul Park circuit if his teammate and sole title rival Valtteri Bottas fails to score eight points more.

The 35-year-old Briton leads Bottas by 85 points, with 78 remaining to be won after Turkey when the season heads to the Middle East for a closing triple header in Bahrain and Abu Dhabi.

That means a second place would be enough even if Bottas wins, providing the Finn does not also take the bonus point for fastest lap.

At its simplest, Hamilton just has to beat Bottas — something he has done 10 times in 13 races so far this year.

Hamilton, who already holds records for most pole positions, podiums and points finishes, has only twice finished out of the top three in 2020 with a worst result of seventh. He is on a record run of 46 successive scoring finishes.

Mercedes won the constructors' title for an unprecedented seventh year in a row at Imola in Italy on November 1 and are assured of a seventh successive drivers' crown as well.

“We, as a team, have done such a remarkable job,” said Hamilton after that success, saying the team title was “almost better” than the drivers.

Hamilton, who has yet to sign a contract beyond this season, may feel differently on Sunday.

The title race is the focus but Turkey's first race since 2011, as a replacement to fill out a championship depleted by the Covid-19 pandemic, will be welcomed by all.

The circuit, with its Turn Eight triple left-hander, was always a driver favourite even if crowds were small. They will be non-existent this weekend, with the race behind closed doors due to the pandemic.

“It’s a track that made for good racing in the past, so it will be interesting to see how the modern Formula One cars do on it,” said Alfa Romeo's Kimi Raikkonen, who won the first Turkish Grand Prix for McLaren in 2005.

The battle to be best of the rest behind Mercedes and Red Bull is also on a knife edge, with only a point separating third placed Renault, McLaren and fifth placed Racing Point.

Seven-time Cup Series champion Jimmie Johnson rounded out his storied NASCAR career with a fifth-place finish in Phoenix on Sunday, and said his ...
Motoring
7 months ago

F1 eases off on Miami race but remains 'actively engaged'

Formula One is still hoping for a race in Miami but the Covid-19 pandemic has slowed things down, chairperson Chase Carey said on Thursday
Motoring
7 months ago