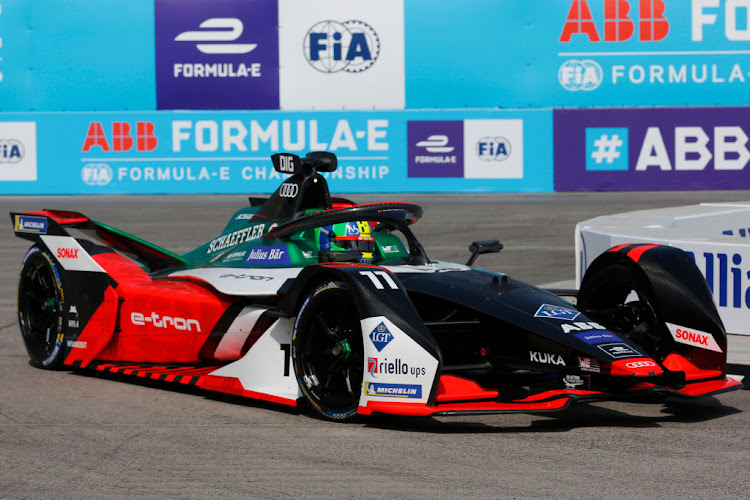 Lucas Di Grassi of Brazil for Audi Sport ABT Schaeffler team drives during the E-Prix Antofagasta Minerals as part the third round of the ABB FIA Formula E Championship 2019/2020 on January 18, 2020 in Santiago, Chile.
Image: Marcelo Hernandez/Getty Images

Audi will withdraw from the all-electric Formula E series as a works team at the end of next year to focus on the Dakar Rally and endurance racing including an eventual return to Le Mans, the car maker said on Monday.

The Dakar Rally will replace Formula E as the Volkswagen-owned brand's focus, though Audi said customer Formula E teams will be able to use a newly-developed powertrain beyond next year.

Audi will compete in the Dakar with an electric SUV prototype.

“Cross-country rallying will be the spearhead of the factory motorsport commitment in the future,” Audi said in a statement.

The marque has been involved with Formula E since the series, now a recognised world championship, started in 2014 and won the team title in 2018.

Audi said it will enter a new LMDh category class of the world endurance championship, without setting a date for a works return to Le Mans.

Romain Grosjean’s miraculous escape from a fiery crash in the Bahrain Grand Prix was testament to Formula One’s improved safety standards but it also ...
Motoring
5 months ago

The Isle of Man has cancelled next year's TT motorcycle races because of the uncertainty over the Covid-19 pandemic, the government of the British ...
Motoring
5 months ago
Next Article