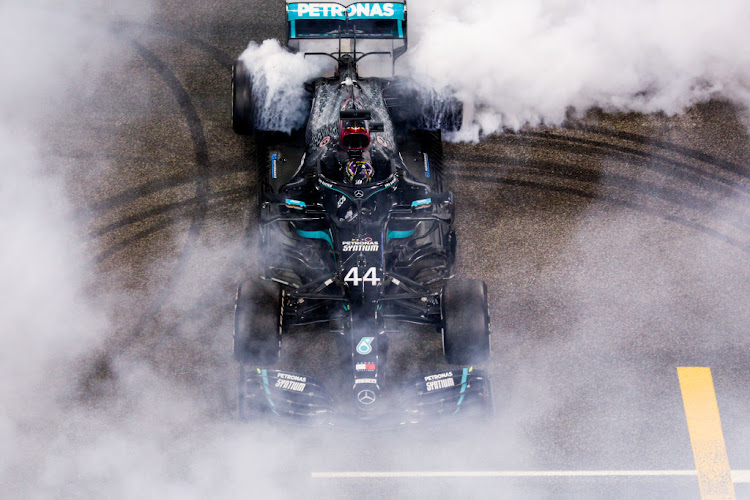 Seven-times world champion Lewis Hamilton is hoping to have his future sorted by Christmas now that the Formula One season is over.

The most successful driver in the history of the sport and his Mercedes team, winner of both titles for an unprecedented seventh year in succession, have to put pen to paper.

Hamilton is otherwise out of contract in a few weeks' time.

The issue, even if it looks a foregone conclusion, is the biggest question of several remaining to be answered around the paddock.

"Us, as a team, have more to do together and more to achieve in the sport, but even more outside the sport. I hope we can begin discussions this week and get it tied up before Christmas."

The Briton had put off talks while he focused on the championship, and then Covid-19 got in the way, with Hamilton testing positive in Bahrain and going into 10 days of quarantine.

Team boss Toto Wolff said there was no concern.

"It is going to happen. There is no reason it shouldn't happen now," he told reporters.

"We'll have this conversation. We always said we will do it after the title was won and then the virus delayed us. We just have to sit down, maybe virtually or maybe live."

Championship runners-up Red Bull must decide who will partner Sunday's race winner Max Verstappen next season with Thai racer Alexander Albon the incumbent but Mexican Sergio Perez in the frame.

"That gives us a complete set of information to go away, analyse and work out what we are going to do. It's not going to take too long," he said.

"We're working on that but I can't say anything about it this weekend," Roberts said in Abu Dhabi.

"Lots of discussion with Dorilton and when we're ready we'll be able to announce how we intend to move forward."

Ferrari are meanwhile looking for a replacement for CEO Louis Camilleri after he announced his sudden retirement last week for personal reasons.

Haas have private business with Russian driver Nikita Mazepin after condemning the posting of a video on his social media of a female passenger being groped in the back of a car.

"It is still in my pending tray," said team boss Guenther Steiner.

Formula One, under the new leadership of Stefano Domenicali from January, has also an April 25 slot on the 2021 calendar to fill and no shortage of candidates for a date originally set aside for Vietnam's now-postponed debut.

All the winners and losers of the 2020 Formula One season

The Formula One season ended in Abu Dhabi on Sunday, with 17 races in a season disrupted by the Covid-19 pandemic. Here's a look at some of the ...
Motoring
11 months ago

US-based investment group MSP Sports Capital are taking a significant minority stake in the McLaren Formula One team, McLaren Racing said in a ...
Motoring
11 months ago