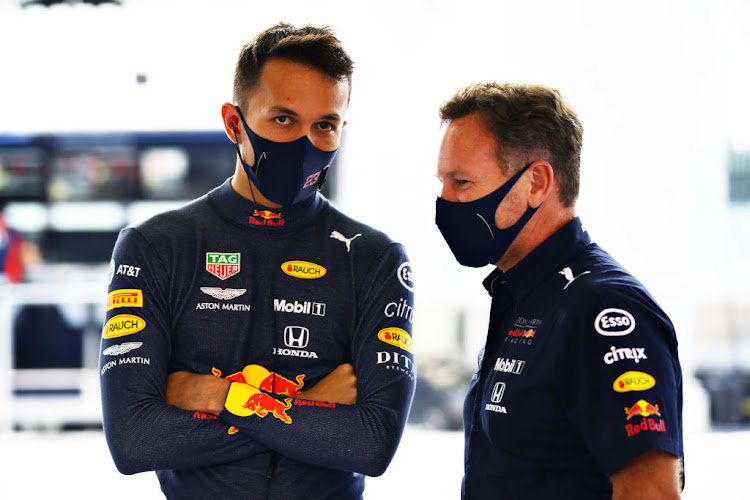 The Briton was speaking after the season-ending Abu Dhabi Grand Prix, with the former champions yet to decide who will slot in alongside race winner Max Verstappen next season.

“But we now have a full picture of the season and we’ll make that decision in the coming days.”

The British-born Thai, who was moved up to Red Bull from its sister team, then called Toro Rosso, at the Belgian Grand Prix last year, has had a rollercoaster 2020 season.

He has had two podium finishes but has lagged behind Verstappen.

The Dutchman finished the year third in the overall standings with 214 points, just nine short of Mercedes rival Valtteri Bottas, and has taken the fight to the dominant Brackley-based team.

Albon, in the same car, ended the season seventh in the championship tied with McLaren’s Carlos Sainz on 105 points.

Albon finished fourth in Abu Dhabi but kept up the pressure on the third-placed Lewis Hamilton of Mercedes.

Horner hailed the weekend as the 24-year-old’s strongest of the year.

“It’s certainly what we were expecting to see,” he said.

“I think Alex has driven a good race and he’s had a solid weekend.”

Horner has previously said Albon will have to sit the year out if he does not get the Red Bull seat, with no scope for a return to rebranded sister team AlphaTauri, who are set to give Japanese racer Yuki Tsunoda his F1 debut.

Sergio Perez is seen as the likeliest replacement for Albon.

The Mexican, who ended the season fourth in the standings, became F1’s newest winner in Sakhir last week, but the experienced 30-year-old is out of contract at Racing Point.

When asked about his gut feeling on whether he would be staying at Red Bull, Albon said: “I don’t know.”

US-based investment group MSP Sports Capital are taking a significant minority stake in the McLaren Formula One team, McLaren Racing said in a ...
Motoring
11 months ago

Silverstone will rename its International Pits Straight after seven-time Formula One world champion Lewis Hamilton, the home of the British Grand ...
Motoring
11 months ago