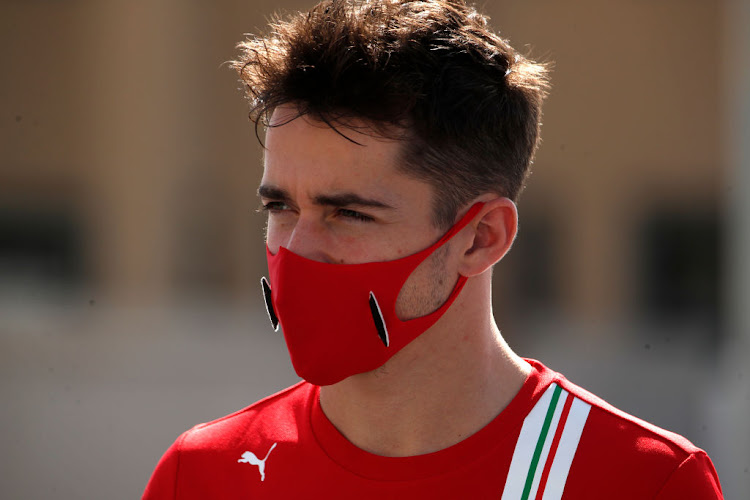 Charles Leclerc of Monaco and Ferrari walks in the paddock before practice at the F1 Grand Prix of Abu Dhabi at Yas Marina Circuit on December 11 2020.
Image: Hamad I Mohammed - Pool/Getty Images

Ferrari Formula One driver Charles Leclerc announced on Thursday he had tested positive for Covid-19 and was self-isolating at home in Monaco with mild symptoms.

The 23-year-old said he was feeling okay.

"I am regularly checked according to my team's protocols. Unfortunately, I learned that I have been in contact with a positive case and immediately went into self-isolation, notifying anyone I had contact with," he said on Instagram.

"A subsequent test I took has come back positive," he added.

"I will remain in isolation in my home in Monaco in compliance with the regulations set by the local health authorities."

Leclerc did not say where he might have contracted the virus but was in Dubai earlier this month.

McLaren's Norris was the most recent, testing positive while on holiday in Dubai earlier this month before a winter training camp.

The 2021 Formula One season is due to start in Bahrain on March 28 after the usual Australian opener was postponed due to the pandemic.

He is joined this year by Spaniard Carlos Sainz from McLaren in place of four times world champion Sebastian Vettel.

Formula One postponed the Australian and Chinese Grands Prix on Tuesday due to the COVID-19 pandemic, with Bahrain now set to open the season on ...
Sport
10 months ago

Formula One postponed the Australian Grand Prix from March to November because it would not have been possible for hundreds of team staff to ...
Motoring
10 months ago

McLaren Racing have signed an option to compete in the electric Formula E championship from 2022-23, the Formula One team announced on Monday
Motoring
10 months ago