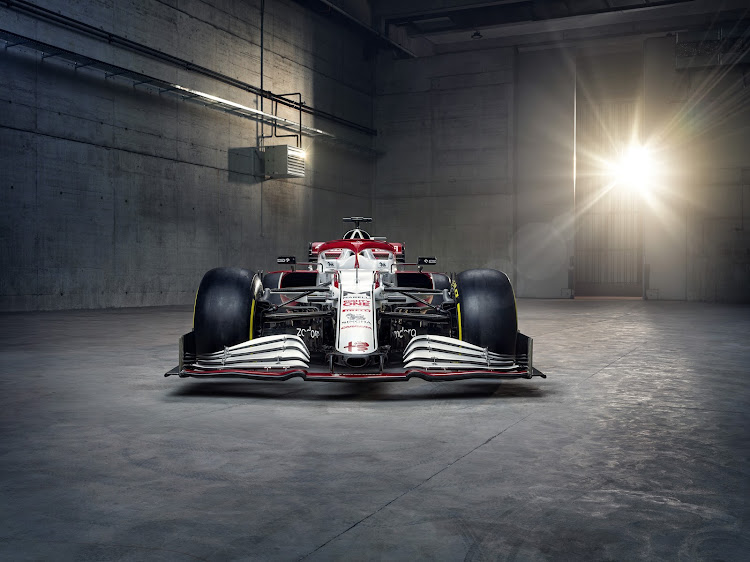 The Alfa Romeo C41 will not see development past the European summer of 2021.
Image: Supplied

Alfa Romeo will not develop their new Formula One car beyond the summer in order to give themselves the best shot at a step up in 2022, technical director Jan Monchaux said on Monday.

With sweeping new rules next year and a budget cap now in place, the Swiss-based team cannot afford to spend time and money on improvements that may bring scant reward in terms of points.

“We've got a mountain to climb for 2022,” Monchaux told Reuters in a video interview after the online launch of the red and white C41 car in Warsaw's Grand Theatre, the venue reflecting Polish sponsors Orlen.

“We've got to do a complete car, under the budget cap, and that is a monster challenge for a company like ours.”

Next year represents a real chance to reset the clock and return to the midfield, after finishing eighth for three years in a row.

The current cars are a close evolution of the 2020 ones with some aerodynamic tweaks, but 2022 marks a big change of direction with bigger 18-inch tyres also thrown into the equation.

He said the team had been “carrying an anchor” since 2017, when they raced as Sauber and finished 10th overall and as much as four seconds off the pace.

“If you start a new era with such a deficit, it's simply game over,” he said. “So 2022, we can't miss that deadline and I think most of the teams will be thinking the same.

“We won't bring updates after the summer, that's quite clear.

“You might have some people fighting for the title, they might be willing to push (development) longer because it's a unique opportunity to be champion, but we are certainly not going to do that.

“We will stop way earlier than in a normal season, also because of the budget cap.”

British-born Thai racer Alexander Albon said on Monday Formula One remained his priority and he was determined to bounce back after being dropped to ...
Motoring
1 year ago

We have to do better, says Alfa Romeo F1 boss Frederic Vasseur

Alfa Romeo put their new C41 Formula One car centre stage at Warsaw's Grand Theatre on Monday and aimed at getting back into the midfield battle on ...
Motoring
1 year ago

Gasly is ready to lead AlphaTauri and mentor Tsunoda

Pierre Gasly said on Friday he was ready to be AlphaTauri's leader on the track this season and help Japanese rookie Yuki Tsunoda make a quick start ...
Motoring
1 year ago