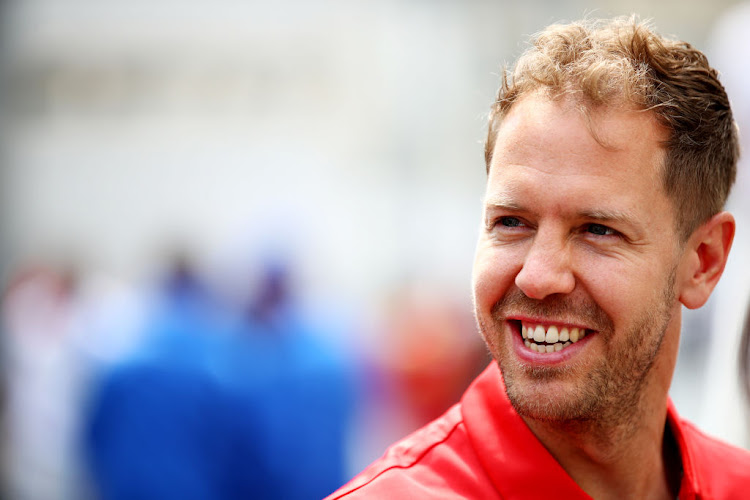 Aston Martin have no doubts about Sebastian Vettel's will to win as the four-times Formula One world champion prepares for a fresh start after some tough and error-strewn seasons at Ferrari.

Team principal Otmar Szafnauer told Reuters the 33-year-old German, who won his titles with Red Bull from 2010-13, had already made a strong impression at the factory.

“He’s working incredibly hard,” said the American. “I can attest to the fact that he’s really motivated. But I don’t think the motivation is to prove the naysayers wrong. I think it’s just how he is. I think he’s just driven to do the best he can.”

The German has replaced Mexican Sergio Perez alongside Canadian Lance Stroll — son of the team's billionaire owner Lawrence and 11 years his junior.

Szafnauer said the team, whose new car will be unveiled on Wednesday, would learn from Vettel.

“The partners, the employees, all of us are going to be lifted by the fact he’s won four times and he knows what it takes,” he said, adding that Vettel also remained refreshingly down-to-earth.

He related how the German brought a home-baked loaf of bread as a gift when he came to stay.

“He can easily go buy a box of chocolates or a bunch of flowers but that’s not him. He’ll come with ‘I baked this loaf of bread’," he said.

The team, who started as Jordan in 1991, finished fourth as Racing Point last year and have been renamed Aston Martin in the sports car marque's return as a constructor for the first time since 1960.

Perez triumphed in Bahrain last December and Szafnauer said Vettel could also be a winner this year.

“It’s really, really hard to win a race if you are the third-fastest car but not impossible, as we proved last year,” he said. “Can Seb do it? For sure.”

Aston Martin's return to Formula One as a constructor for the first time since 1960 has driven a surge of sponsor interest in the Silverstone-based ...
Motoring
1 year ago

Inaugural W Series champion Jamie Chadwick will remain a development driver for Williams for the 2021 season with an increased simulator programme, ...
Motoring
1 year ago

William Byron continued the 2021 trend of races being won by unlikely drivers with a victory in Sunday's NASCAR Cup Series Dixie Vodka 400 at ...
Motoring
1 year ago