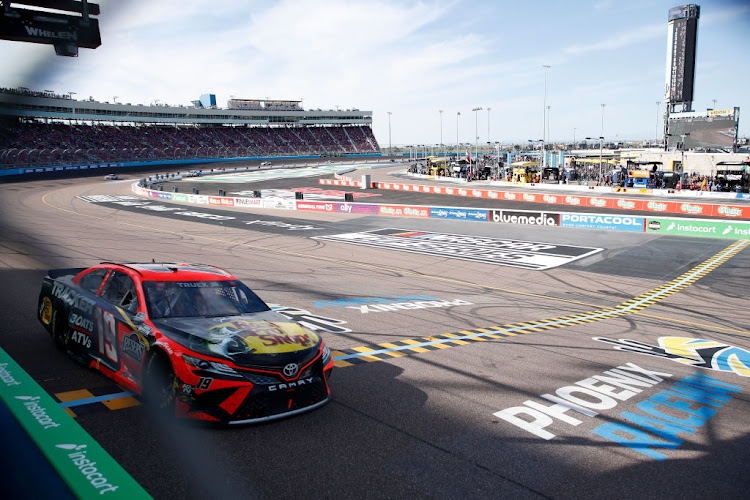 Martin Truex Jnr had won 27 Cup races in his career and was the 2017 Series champion, but in 30 starts at Phoenix Raceway, he had never won a race – until Sunday.

Joe Gibbs Racing's Truex took the lead on a restart with 25 laps to go, held off Joey Logano and went on to win the Instacart 500 by 1.698 seconds.

"Phoenix has been a tough one for us. To come here and win this, I wish it was in November (when the track will host the championship-deciding final race of the season) but hopefully we can come back in November and have a shot at being in the final four."

He led three times for 64 laps on the 1-mile Phoenix flat oval and became the fifth winner in five races in 2021.

The victory was the first for Truex since he got his lone win of 2020 at Martinsville Speedway in the 11th race of that season. But it was the 28th win of his career.

Truex got the victory despite being slow and scraping the wall early in the race.

"At the beginning of the race," he said, "I thought we were going to run 15th or so. Man, I can't really believe it. I'm kind of speechless."

But midway through the race, Truex's crew got the car fixed and dialed in.

What may have cost him the victory was a decision to opt for the bottom line on the final restart.

"I was surprised he was able to hang with me on that restart," Logano, a two-time winner at Phoenix, said. "I felt he had a good start too but I had a good one on the bottom but I thought the amount of short cut on the dogleg, I thought, boy, I'm going to have him cleared and we went into the corner we were still door to door and when you're door to door, the outside car has control."

Stewart-Haas Racing's Kevin Harvick has won more times at Phoenix than any driver in the history of the track - nine times. But on Sunday, he was sixth,

Seventh was Kyle Larson, Elliott's Hendrick Motorsports teammate and the winner a week ago in Las Vegas.

William Byron, who won at Homestead-Miami Speedway two weeks ago, was eighth in his Hendrick car.

Three Hendrick drivers were forced to start from the rear of the field - Larson and Byron for failing pre-race inspection, and Elliott for unapproved adjustments to his cars.

It didn't matter as all three worked their way back into the top 10 by Lap 67. Larson got there despite being sent to the rear of the field a second time for speeding during caution.

Racing moves back to a 1.5-mile oval next weekend when the series hits Atlanta Motor Speedway for race six of the season.

Murray Walker, the excitable British television commentator who was the voice of Formula One for generations around the English- speaking world, died ...
Motoring
1 month ago