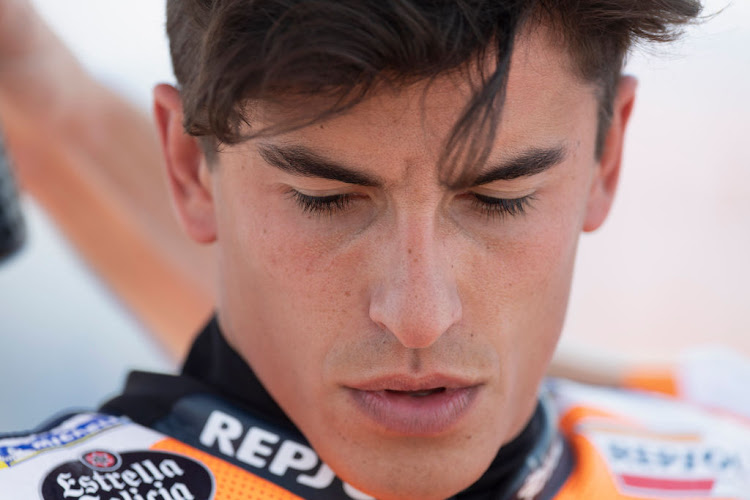 Marc Marquez lapped Barcelona's Circuit de Catalunya on a production motorcycle on Tuesday as the six-times MotoGP champion sped up his push to return from injury at the March 28 season-opener in Qatar.

The 28-year-old Spaniard posted video on social media of himself on a Repsol-liveried Honda RC213V-S, the roadgoing version of his racing bike, at the Circuit de Catalunya.

It was accompanied by the hashtag stepbystep.

“It has been a while since I enjoyed so much,” he added on Twitter.

Marquez fractured his humerus in the 2020 season-opening Spanish Grand Prix in Jerez last July, after the Covid-19 pandemic had disrupted the original calendar, and did not race again all year.

He needed a second operation after damaging a plate in his arm while opening a window at home and had a third round of surgery in December.

Marquez returned to training in January and rode a mountain bike and a mini moto machine last week.

Spanish media reported that the once-dominant rider had flown to Doha at the weekend for a Covid-19 vaccination offered by race organisers to all in the MotoGP paddock before returning to Barcelona.

Marquez did not take part in recent preseason tests at the Losail circuit but is on the entry list for the opening night race and has not ruled out competing.

The letters MSC on a Formula One timing screen once charted the dominance of seven-time world champion Michael Schumacher but this season they denote ...
Motoring
3 months ago

Murray Walker, the excitable British television commentator who was the voice of Formula One for generations around the English- speaking world, died ...
Motoring
3 months ago