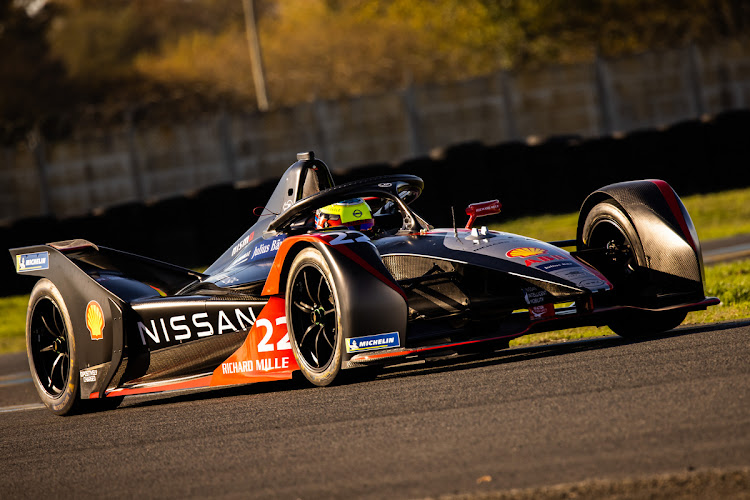 Nissanannounced its long-term commitment to the ABB FIA Formula E World Championship racing through to the end of season12 of the all-electric racing series.
Image: Nissan

Nissan will stay in Formula E until at least the end of 2026, the all-electric championship's only Japanese manufacturer announced on Wednesday.

Formula E is due to introduce its next generation of more powerful and faster cars for its ninth season starting in 2022-23.

"We aim to design and build electric vehicles that transform the way communities connect and move, and inspire us all to work towards a sustainable society," Nissan's chief operating officer Ashwani Gupta said.

"For Nissan, Formula E helps us bring excitement, energy and the environment to the forefront as we deliver this vision of the future to an ever-growing new, young and diverse audience."

Nissan has said it intends to electrify all its new vehicle offerings by the early 2030s.

Formula E started its 2021 season with two races in Saudi Arabia at the end of February.

Renault entered the inaugural Formula E championship before the team were rebranded Nissan in 2018, with Swiss driver Sebastien Buemi finishing as runner-up that season.

Citroen's DS brand and India's Mahindra have also committed until 2026.

Lewis Hamilton will be fired up for a fight with Max Verstappen this season but Formula One's most successful driver may be in no rush to commit to ...
Motoring
1 year ago

Formula One drivers will gather again in a moment of unity on the starting grid pre-race this season but in support of wider social and environmental ...
Motoring
1 year ago