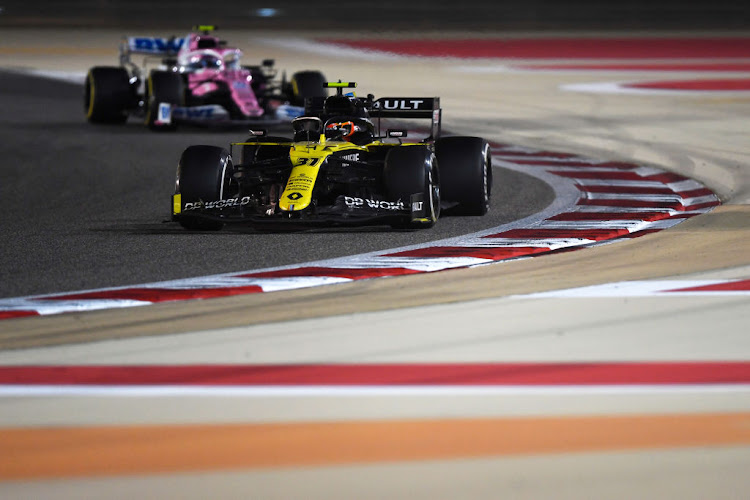 Sixty British parliamentarians joined campaigners on Wednesday in urging Formula One to commission an independent inquiry into the human rights impact of the Bahrain Grand Prix.

Rights groups said in an open letter to CEO Stefano Domenicali that they also wanted him to seek “redress for those victims of abuses directly linked to your activities in Bahrain”.

The Gulf kingdom is hosting the season-opening race, Bahrain's biggest and most-watched sporting event of the year, on Sunday.

Bahrain's 2011 race was called off due to civil unrest and the grand prix regularly draws criticism from rights campaigners who accuse the government of using the positive publicity to “sportswash” the situation.

Seven-time Formula One champion Lewis Hamilton said last December, after Bahrain hosted two races, that he had been moved by a letter from the son of a man facing the death penalty.

The Briton assured activists he would not let human rights issues go unnoticed.

A Formula One spokesperson said it and the governing FIA believed the sport could be “a force for good” in bringing different cultures together.

“We have always been clear with all race promoters and governments with which we deal worldwide that we take violence, abuse of human rights and repression very seriously,” he added.

“Our human rights policy is very clear and states that the Formula One companies are committed to respecting internationally recognised human rights in its operations globally.

“Where possible we monitor and audit activities in host countries that relate directly to the staging of an event and behind the scenes we have meaningful discussions with all hosts about our values and the standards that we expect.”

The season-opening Bahrain F1 Grand Prix will be held at the Sakhir circuit on Sunday. Here are seven things you should know about it
Motoring
1 month ago

Lewis Hamilton kicks off his bid for a record eighth Formula One championship in Bahrain on Sunday but Red Bull rival Max Verstappen can strike an ...
Motoring
1 month ago

Lewis Hamilton will be fired up for a fight with Max Verstappen this season but Formula One's most successful driver may be in no rush to commit to ...
Motoring
1 month ago
Next Article