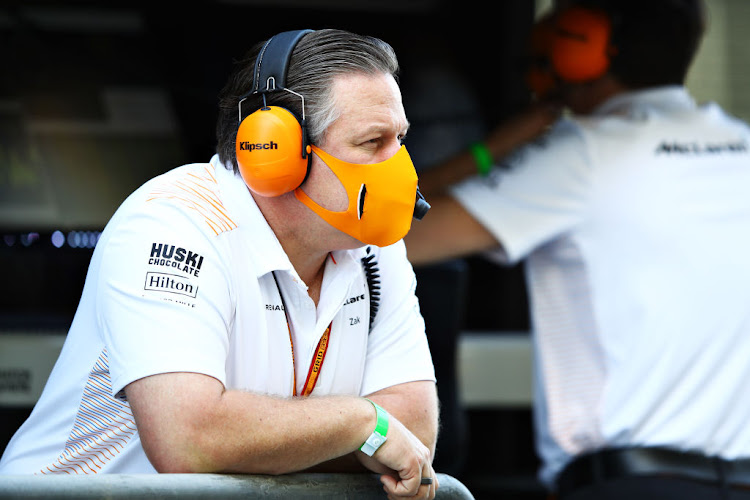 Formula One starts a new season in Bahrain this weekend with the 10 teams in better shape than ever despite the Covid-19 pandemic, McLaren boss Zak Brown said on Friday.

“I think the Formula One grid, in my opinion, is probably the healthiest and wealthiest it's ever been,” he told reporters in a video call.

The American, who has a background in marketing and sponsorship, warned a year ago that the virus posed an existential threat to some teams with the world championship on hold, factories closed and staff furloughed.

Formula One managed a 17-race season in 2020, confined to Europe and the Middle East and with strict health and safety protocols, but has scheduled a record 23 rounds globally this year.

“We (McLaren) have brought in new investors so we're extremely healthy and going to be racing with a budget cap, Williams has now been secured with Dorilton.

“I don't think there's any big issues that would impact the grid like we saw with two or three teams at the end of last year.”

Racing Point, who bought the assets of financially-stricken Force India in 2018, are now Aston Martin and owned by Canadian billionaire Lawrence Stroll while the Williams founding family sold their struggling team to US-based Dorilton Capital.

The sport meanwhile postponed major rule changes until 2022, with the cars this year remaining substantially the same as last season's, and introduced a budget cap.

“Formula One and the teams came together really well during Covid,” said Brown. “The financial impact on revenue was effectively, at least speaking for McLaren, offset by a reduction in cost.

“So while we had a revenue shortfall we did a great job of saving money so we actually didn't have any bottom line impact.

“Unless we go back to where we were last year, if we are indeed seeing the light at the end of the tunnel and things continue to get better, then I don't see any dramatic Covid revenue impact this year.”

Mick Schumacher has been getting some tips from Kimi Räikkönen, the man who took over from father Michael at Ferrari, as he prepares for his Formula ...
Motoring
1 year ago

Sebastian Vettel revealed on Thursday he had named his new Aston Martin AMR21 Formula One car Honey Ryder after the character played by Ursula ...
Motoring
1 year ago