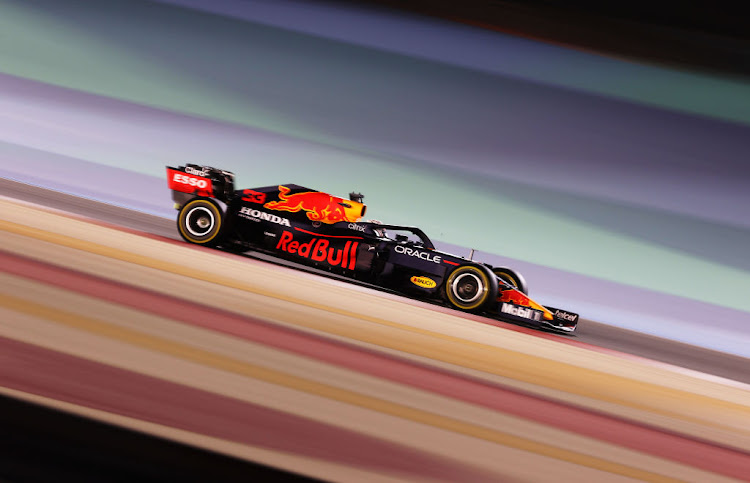 Max Verstappen of the Netherlands driving the (33) Red Bull Racing RB16B Honda on track during practice ahead of the F1 Grand Prix of Bahrain at Bahrain International Circuit on March 26, 2021 in Bahrain, Bahrain.
Image: Lars Baron/Getty Images

Max Verstappen was fastest in practice for Formula One's season-opening Bahrain Grand Prix on Friday as his Red Bull team immediately lived up to expectations that have soared since testing.

The Dutch youngster, who also topped the time sheets two weeks ago at the same Sakhir circuit with a Honda-powered car that looked stable and quick, set a best time of one minute 31.394 seconds in the afternoon and 1:30.847 in the evening.

Four teams — Red Bull, McLaren, Mercedes and Ferrari — were within four tenths of a second in the more representative second practice with Mercedes-powered McLaren's Lando Norris second and 0.095 slower.

Seven-time world champion Lewis Hamilton was third for Mercedes in 1:31.082.

“It's been all right. A good feeling in the car,” said Verstappen, who won the last race of 2020 in Abu Dhabi. “Overall I'm pretty happy.

“I still expect Mercedes to be the strongest Mercedes-powered car.”

Valtteri Bottas, who has won the opening race of the championship for the past two years, was second fastest in that session but fifth in the later one when he complained the car was “undriveable” at the end of his last long run.

The Mercedes drivers had struggled with the car's handling in preseason testing, and particularly the skittish rear end, but seemed to have found more speed and stability in the two weeks since then.

“I think we have taken a step forward but we still have more to do,” said Hamilton. “We still have a hill to climb but we're staying positive.

“We thought Red Bull would be as fast as they are, we know they are leading at the moment.”

Friday's practice sessions were each one hour long, the format changed since last year when they lasted 90 minutes.

Twice world champion Fernando Alonso returned after two years out and was 15th for Alpine in the second session with the team focusing on aerodynamic developments.

Max Verstappen set the pace in the first practice session of the Formula One season in Bahrain on Friday as his Red Bull team immediately lived up to ...
Motoring
2 months ago

Formula One starts a new season in Bahrain this weekend with the 10 teams in better shape than ever despite the Covid-19 pandemic, McLaren boss Zak ...
Motoring
2 months ago

Mick Schumacher has been getting some tips from Kimi Räikkönen, the man who took over from father Michael at Ferrari, as he prepares for his Formula ...
Motoring
2 months ago