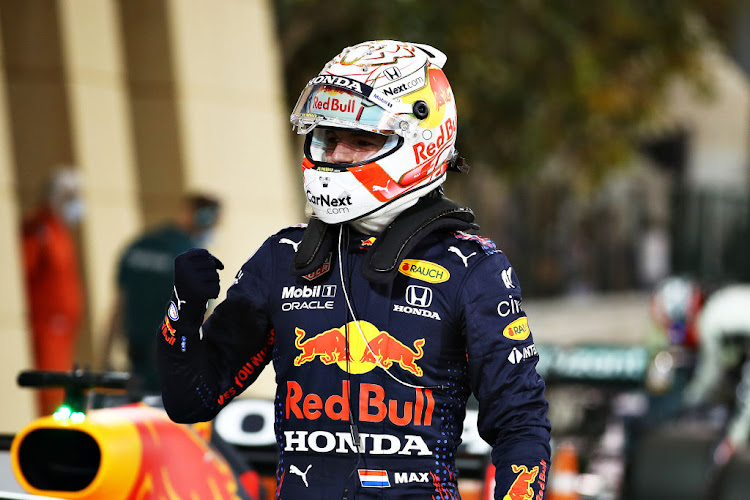 Red Bull's Max Verstappen set himself up as favourite for the first race of the Formula One season after seizing a perfect pole position in Bahrain on Saturday.

The Dutch 23-year-old put in a stunning final flying lap as he denied champions Mercedes the top slot in the season-opener for the first time in the V6 turbo hybrid era that started in 2014.

He beat Mercedes' seven-times world champion Lewis Hamilton by 0.388 seconds with a lap of one minute 28.997 seconds after the Briton had put himself on provisional pole with his second run of the final phase.

Verstappen had been only 0.023 clear after his first effort.

The pole was the fourth of Verstappen's career and continued a perfect start to the year, with the Red Bull driver quickest in pre-season testing and all three free practice sessions in Bahrain.

"I absolutely gave it everything on that last lap but unfortunately it wasn't good enough," said Hamilton.

Sunday's race at Sakhir, hosting the opener instead of the Australia which has been pushed back to November due to the Covid-19 pandemic, will be the first time Verstappen has lined up on pole with Hamilton alongside.

"The fight is on," commented Mercedes team boss Toto Wolff.

Verstappen, who had cast Mercedes as favourites, said there had been no guarantees that testing form would carry over to the race weekend.

"So far the car has been working really well and it's just been really enjoyable to drive," he said. "It all worked out perfectly in qualifying so of course I'm very happy with pole position."

Verstappen will be starting in the Middle East as he finished, having ended last season on pole in Abu Dhabi – a race he went on to win.

Ferrari's Charles Leclerc qualified fourth, but on softer tyres than those ahead on mediums, with AlphaTauri's Pierre Gasly fifth.

McLaren's Daniel Ricciardo will line up sixth for the Australian's first race with the team since he moved from Renault.

Lando Norris qualified seventh for McLaren, ahead of former team mate Carlos Sainz who will be making his Ferrari race debut on Sunday.

Spain's two-times world champion Fernando Alonso, 39, will start his first race since 2018 in ninth place with Renault-owned Alpine and looked like he had not been away.

The big losers were four-times world champion Sebastian Vettel, now at Aston Martin after leaving Ferrari, who starts 18th and Verstappen's team mate Sergio Perez who managed only 11th on the grid.

Vettel, the last non-Mercedes driver to win a season-opener when he was at Red Bull, had to slow for yellow flags waved after Russian rookie Nikita Mazepin spun.

"We would have hoped for a better start but it is what it is," he said. "For sure I'm upset and angry but it wasn't our fault."

Japanese rookie Yuki Tsunoda qualified 13th for AlphaTauri but raised plenty of excitement when he lapped second fastest in the opening phase.

At the back, Michael Schumacher's son Mick will start 19th for Haas, one spot ahead of team mate Mazepin.

Red Bull's Max Verstappen completed a clean sweep of practice to set himself up as favourite for pole position at the season-opening Bahrain Formula ...
Motoring
1 year ago

Max Verstappen was fastest in practice for Formula One's season-opening Bahrain Grand Prix on Friday as his Red Bull team immediately lived up to ...
Motoring
1 year ago

Max Verstappen set the pace in the first practice session of the Formula One season in Bahrain on Friday as his Red Bull team immediately lived up to ...
Motoring
1 year ago