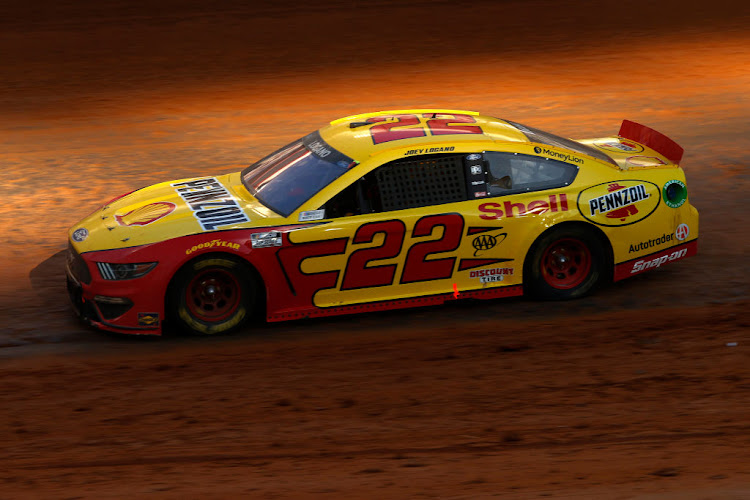 The win was the first of the season for the Team Penske driver and the first on a dirt surface for any Cup driver in 51 years.

“Nothing like winning at Bristol,” Logano said, “but putting dirt on it and being the first to do it is really special”.

Logano became the seventh winner in seven races in 2021 and it goes along with two runner-up finishes this season.

Far from being a dirt-racing specialist, Logano said he and his team put in a lot of hours in attempting to make both car and driver fast at the Bristol short track.

“Great car, obviously, to execute the race we did, and get a win,” Logano said.

“At the start of the race, I was terrible,” Stenhouse, of JTG Daugherty Racing, said. “A green racetrack and a little bit of moisture in it. But as it blew off, we got back to where we were in practice and felt really good with it.”

Hamlin was second on the final restart but tried to run high on the track and that cost him his shot.

“I thought I could just, on that last restart, run the top in hard but they didn't prep it in between cautions like they did before so it was just marbles up there,” Hamlin said.

“I thought I had a shot there. Cut the 22 car (Logano) too many breaks there when he was cutting us off. Proud of this team but we're third-best again.”

“To be honest, I had no idea what I was doing,” Suarez, who was racing on dirt for the first time. “But we're having fun.”

Martin Truex, Jr, who won the NASCAR Truck Series race earlier on Monday and led a race-best 126 laps in the Cup race, was racing for a second win on Monday when he appeared to blow a tyre in overtime and finished 19th.

Two of the heaviest favourites in the field — dirt-track aces Kyle Larson and Christopher Bell — were taken out of contention when they tangled on lap 51. Bell was running second at the time and Larson was in the top five.

Larson was scheduled to start from the pole but an engine change sent him to the rear of the field for the start. It didn't much matter as Larson blew through the field and was in the top five by the competition caution on lap 50.

Bell's car was knocked out of the race but Larson was able to continue but with a lot of damage and several laps down.

In the 100-lap second stage, the track turned seriously dusty and that caused a number of wrecks. Among those involved were Ryan Blaney, Kyle Busch, Alex Bowman and Brad Keselowski.

The race marked the first for Cup on a dirt surface since 1970. The next one, it was announced Monday, will be next year's spring race at Bristol.

The race was originally scheduled for Sunday but rain and flash flooding forced the one-day postponement. Rain on Saturday also knocked out qualifying.

Yuki Tsunoda said he was only half-happy after becoming the first Japanese driver to score points in Formula One in nearly a decade, and the 65th ...
Motoring
1 year ago