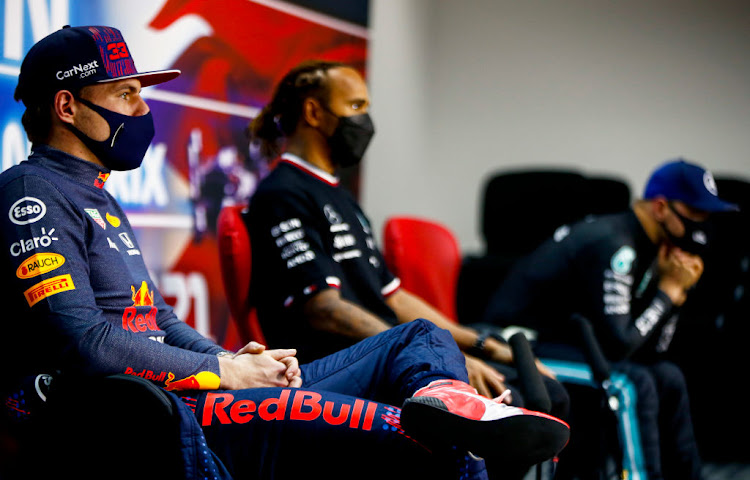 Italy's Imola circuit provides a fresh challenge for seven-times world champion Lewis Hamilton and young pretender Max Verstappen as the pair prepare for round two of their Formula One battle this weekend.

The circuit, with the Santerno river running alongside and a verdant backdrop of trees and parkland, is a marked contrast to Bahrain's desert Sakhir track that hosted the opener won by Mercedes' Hamilton.

The fast and flowing anticlockwise layout is also narrower and bumpier than Bahrain, and with fewer opportunities to overtake which means track position and strategy will play a bigger part.

Red Bull's Verstappen has started the last two races — Abu Dhabi at the end of last season and then Bahrain in March — on pole position and the 23-year-old will be looking to complete his hat-trick.

His car should be well-suited to the circuit characteristics, with the Honda engine also looking a match for Mercedes.

“I’m feeling really relaxed going into this race weekend in Imola, I’m looking forward to going back there,” said Verstappen, who crashed out 12 laps from the end last year after a sudden rear tyre failure while in second place.

“We had a positive start to the season so hopefully we can keep that up but it won’t be easy and we need everything to work perfectly to beat our main competition.”

Hamilton, winner last year at Imola after a two-day weekend without Friday practice, held off Verstappen against the odds in Bahrain after the Dutchman had dominated the weekend but Mercedes know they have some catching up to do.

“We may have won the first round, but we're under no illusions that this will be a straightforward season,” said team boss Toto Wolff.

“The car is still lacking pace over a single lap and Red Bull appear to have the edge right now. We're pushing hard to close the gap, and this is a challenge we relish.”

Hamilton's teammate Valtteri Bottas, who took pole at Imola last year when the race returned after a 14-year absence, also has something to prove after finishing third in Bahrain.

So too does Mexican Sergio Perez, lining up for his second race as a Red Bull driver after going from last to fifth in Bahrain.

“I think it’s going to be very tight with Mercedes and we’re going to see if the fight is circuit related,” said Perez. “It will be interesting to see how we are in Imola, on a very different track to Bahrain, and see how we compare against them.”

Imola is also a home race for Ferrari, with Spaniard Carlos Sainz racing in Italy for the first time since he moved to Maranello from McLaren, and Red Bull-owned Faenza-based AlphaTauri.

AlphaTauri's Yuki Tsunoda, the Japanese who in Bahrain became the 65th rookie to score on his F1 debut, has tested at Imola and could again be one to watch.

The race, whose full title of “Formula One Grand Prix of Made in Italy and Emilia Romagna” is unlikely to be favoured much by television commentators, will again be held behind closed doors due to the Covid-19 pandemic.