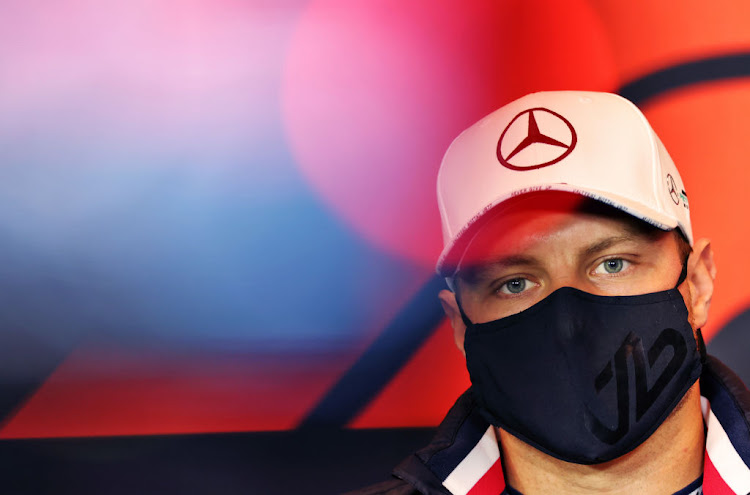 Valtteri Bottas of Finland and Mercedes GP at a drivers press conference during previews ahead of the F1 Grand Prix of Emilia Romagna at Autodromo Enzo e Dino Ferrari on April 15 2021 in Imola, Italy.
Image: Laurent Charniaux - Pool/Getty Images

Formula One champions Mercedes are chasing rather than being chased now that Red Bull have a faster car, according to Valtteri Bottas.

Red Bull and Verstappen are expected to be strong again at Italy's Imola circuit on Sunday for the second round of the season.

"Already in (pre-season) testing we saw we were on the back foot against Red Bull and the first race confirmed we're behind," Bottas said ahead of the Emilia Romagna Grand Prix.

"I don’t feel much pressure, but I feel excitement and motivation. We are now the hunters, not the ones to be hunted.

"We try to take all the positives from that. I can definitely see the motivation in each team member’s eyes to try and get them (Red Bull) and work as well as we can together to again achieve the goals we have for this year."

Bottas took pole position for last year's race at Imola but Hamilton won, with Verstappen retiring due to a tyre failure while in second place.

Mercedes have won every championship for the past seven seasons and Hamilton is going for a record eighth title.

Bottas said he still believed Mercedes could unlock more performance and catch Red Bull, with 22 races to come, but dominating would be more difficult.

"We've only seen the car from one track and we've seen quite big swings in performance from track to track. You never know, but I can't see anyone really dominating."

The Finn said he had been at the Brackley factory after Bahrain to work in the simulator and help the team.

"I lost count of how many set-up items we tried in the simulator," he said.

"At least coming here I think we have a good toolbox to choose from."

When each Formula One car generates more than a million data points per second from 300 sensors, teams need serious computing power to trawl through ...
Motoring
1 month ago

Formula One will shift practice and qualifying for this weekend's second race of the season at Imola in Italy to avoid having cars on track during ...
Motoring
1 month ago
Next Article