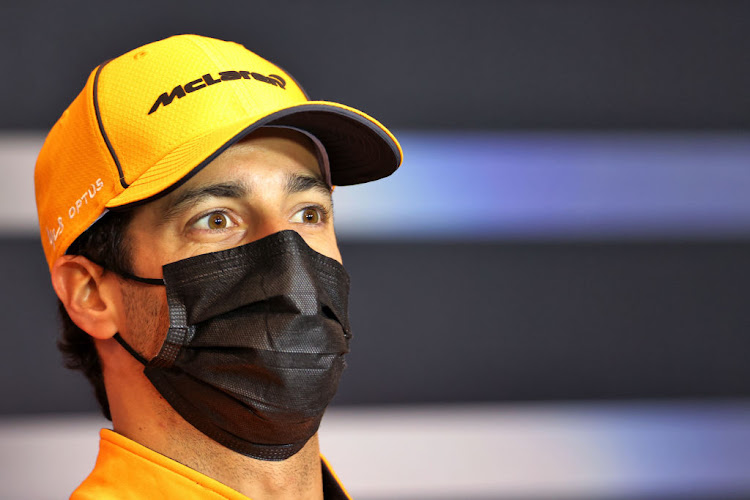 Daniel Ricciardo of Australia and McLaren F1 talks in a Drivers Press Conference during previews ahead of the F1 Grand Prix of Emilia Romagna at Autodromo Enzo e Dino Ferrari on April 15, 2021 in Imola, Italy.
Image: Laurent Charniaux - Pool/Getty Images

The Australian had criticised the sport's social media output in a recent interview, referring to “idiots” who put out a promotional “top 10 moments” last year that featured eight crashes.

“Maybe 12-year-old kids want to see that kind of content, and that's cool because they don't know any better, but we're not kids,” he told Square Mile magazine. “Just do better, guys. Do better than that.”

Team boss Andreas Seidl raised the subject in a virtual briefing on Friday with reporters at Italy's Imola circuit, ahead of the weekend's Emilia Romagna Grand Prix.

“From our point of view, Formula One's social media team has done and is doing an excellent job of promoting our sport,” said the German.

“If you look at the numbers also, they have delivered a rapid growth in engagement in recent years, also managing to connect the sport to a lot of new audiences.

“While the danger may be a part of the appeal for some fans, I agree with Daniel there is a bigger and more positive story to be told about the sport which Formula One is also doing,” he added.

Ricciardo, who joined McLaren this year from Renault, has criticised the sport's “Hollywood” coverage of major incidents before, notably last year when Frenchman Romain Grosjean escaped from a fiery crash in Bahrain that could have been fatal.

He said then that he felt the crash, with the car torn in two and erupting in a fireball, was replayed excessively on screens as drivers were waiting for the restart.

Speaking at Imola, Ricciardo apologised for his language but said last year had been an amazing season with first-time winners and different faces on the podium.

“I just felt there was probably more room to expose the highs of the sport and the great achievements of a lot of individual drivers and individual performances,” he told reporters.

“I felt like there were better stories to be told, as opposed to just crashes. I feel our sport is better than that. We're better than just showing crashes.

“I feel like we are the most talented drivers in the world and we're driving these amazing cars, so normally a crash is showing less of our talents ... I would probably highlight the highs more if I had creative control.”

Max Verstappen took a long-term view of his Formula One battle with seven-times champion Lewis Hamilton on Thursday and said finishing second to his ...
Motoring
1 year ago