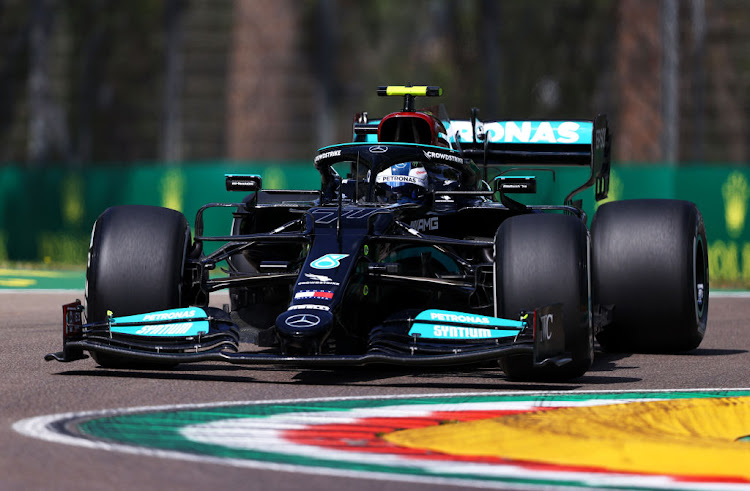 Red Bull's Max Verstappen, Hamilton's closest rival in the Bahrain season-opener when he started on pole and finished second, was third on the time sheets and 0.058 off the pace.

The session ended with Russian rookie Nikita Mazepin spinning his Haas at the final corner for the second time in the space of an hour.

The turn five incident between Frenchman Ocon and Mexican Perez, former team mates at the Force India team that is now Aston Martin, was unclear due to a television technical problem.

It appeared there had been a coming together, however.

“It sounds like Ocon was on a slow lap, Sergio was on a flying lap and there's been contact between the two guys obviously into that corner,” said Red Bull principal Christian Horner.

“I haven't seen a replay, I've only got it second hand from the driver.”

The technical problems meant teams were without some images and timing data.

Perez's car came to halt with the left rear tyre in shreds while Ocon parked up further down the track.

Both drivers and team representatives were summoned to the stewards while mechanics worked to repair the damage in time for the second session.

Max Verstappen took a long-term view of his Formula One battle with seven-times champion Lewis Hamilton on Thursday and said finishing second to his ...
Motoring
1 year ago

The Canadian Grand Prix scheduled for June 13 at the Circuit Gilles Villeneuve in Montreal has been cancelled for the second year in a row, CBC Radio ...
Motoring
1 year ago