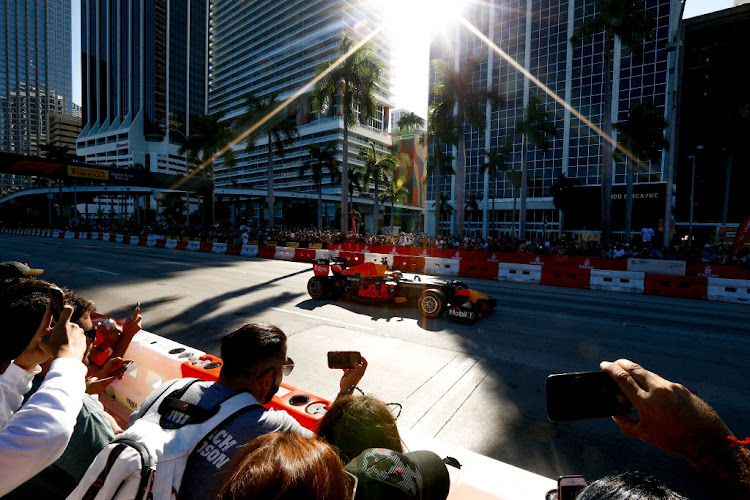 Miami will host Formula One from 2022 as part of a “milestone” 10-year-deal announced by the sport and local organisers on Sunday that gives the glamour sport a second grand prix in a key growth market.

The race around the Hard Rock Stadium in Miami Gardens, home of the Miami Dolphins NFL team, is expected to be scheduled for the second quarter of the year with the one in Austin, Texas, usually near the end of the season.

Exact dates have yet to be decided, however.

Miami will be the 11th location Formula One has raced at in the US since the world championship started in 1950. Florida last featured on the calendar in 1959 when Sebring hosted a season-ender won by New Zealander Bruce McLaren.

“We always said the US is a very important area in which we need to develop our business,” Formula One CEO Stefano Domenicali told reporters ahead of the Emilia Romagna Grand Prix at Italy's Imola circuit.

“There is a lot of opportunity and having two US races in the US means we have taken the right direction for our strategy for the future. We will keep them separate in order to give the right space to both.

“We are looking ahead, we are putting the foundations for an incredible future for Formula One. This is a milestone that we all wanted.”

Liberty Media-owned Formula One has targeted Miami as a venue for some time but faced strong local opposition from residents worried about excessive noise and air pollution.

In 2019, Formula One and local organisers abandoned plans to hold the race in the downtown area and put forward a revised layout winding around the Hard Rock Stadium.

Both sides said they had never doubted a deal would eventually be done.

The Hard Rock Stadium belongs to real estate mogul and Dolphins owner Stephen Ross, who will fund construction of the track and cover race costs.

“The Hard Rock stadium entertainment campus in Miami Gardens exists to host the biggest global events to benefit the entire greater Miami region and Formula One racing is as big as it gets,” said Miami GP managing partner Tom Garfinkel.

“We have worked with specialist designers to create a racetrack that we, Formula One and the FIA believe will provide great racing.”

Garfinkel told reporters the Netflix series “Drive to Survive” had also driven a surge in interest in the sport in the US.

The circuit will be 5.41km with 19 corners and three straights and an estimated top speed of 320kph.

Formula One said the promoter would ensure discounted tickets for Miami Gardens residents as well as creating a programme to support local businesses and the community.

Domenicali told reporters that there could be more US races in future but the calendar was unlikely to expand beyond 23 rounds next year.

Quartararo takes pole in Portugal as Bagnaia's lap is cancelled

Yamaha's Fabio Quartararo was awarded pole position for the Portuguese Grand Prix on Saturday after Ducati rider Francesco Bagnaia had his ...
Motoring
3 weeks ago

Lewis Hamilton celebrated his 99th Formula One pole position after seeing off Red Bull's Sergio Perez and Max Verstappen in qualifying for the Emilia ...
Motoring
4 weeks ago