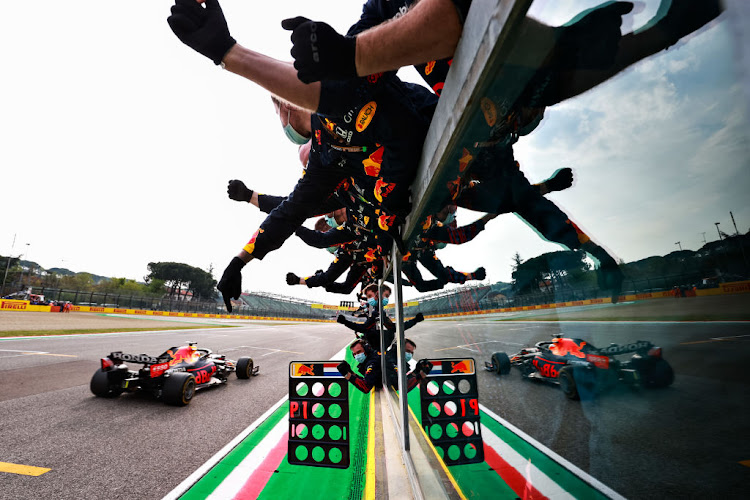 Red Bull's Max Verstappen won a chaotic and accident-strewn Emilia Romagna Grand Prix at Imola on Sunday with Lewis Hamilton finishing second for Mercedes but retaining the lead in the drivers' championship by a single point.

Hamilton took a crucial bonus point for the fastest lap on a rollercoaster afternoon for the seven-times world champion, whose race was almost wrecked by a rare mistake.

The Briton started on pole, dropped to ninth after skidding into the gravel and then fought his way back to the podium after the race had to be stopped and re-started halfway through.

Yamaha's Fabio Quartararo claimed a second consecutive MotoGP victory after leading almost from start to finish at the Portuguese Grand Prix on ...
Motoring
4 weeks ago