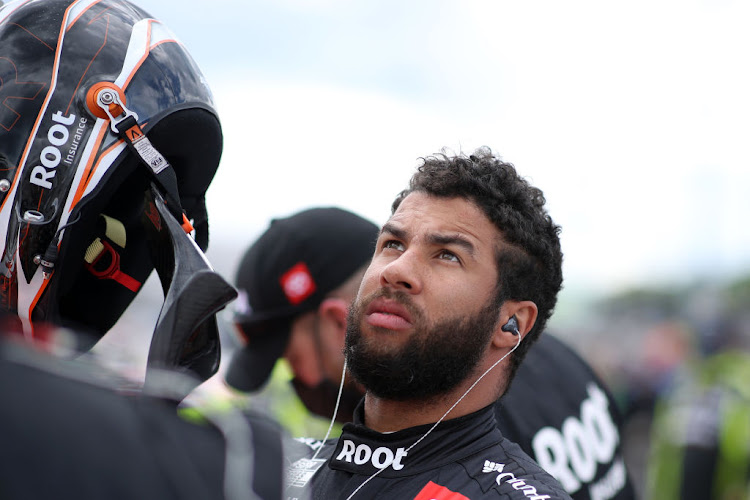 Netflix is in production on a documentary series involving Bubba Wallace and his journey with the newly formed 23XI Racing Team, the company announced on Thursday.

Netflix said, “the series will take viewers behind the scenes of the 2021 NASCAR season through the eyes of the only black driver at the top level of the sport, and will explore Wallace, 23XI Racing, and NASCAR's efforts to advocate for inclusion and equality in racing and beyond.”

Wallace, 27, shared his excitement for the upcoming series on social media.

You know me...I like to keep things real and raw. Pumped to have @netflix capture these moments to share with you guys. 🤘🏾

A release date is yet to be announced for the untitled series. Erik Parker will serve as the director and executive producer on the project from 300 Studios and Boardwalk Pictures.

Wallace has begun racing as part of NBA Hall of Famer Michael Jordan's new team, which he purchased with Denny Hamlin. Wallace previously had been competing with Richard Petty Motorsports.

Wallace gained national attention last year when he successfully lobbied NASCAR to ban the Confederate flag from its facilities. When a noose subsequently was found in his garage stall at Talladega Superspeedway in Alabama, all of the NASCAR drivers stood behind him, literally, before the start of the next race on June 22.

The Mexican city of Puebla will replace Mexico City on Formula E's 2021 calendar, with rounds in Marrakesh and the Chilean capital Santiago cancelled ...
Motoring
1 year ago

Formula One champions Mercedes have recognised they need to speed up their pit stops as they wage a tight battle with Red Bull, the fastest team in ...
Motoring
1 year ago