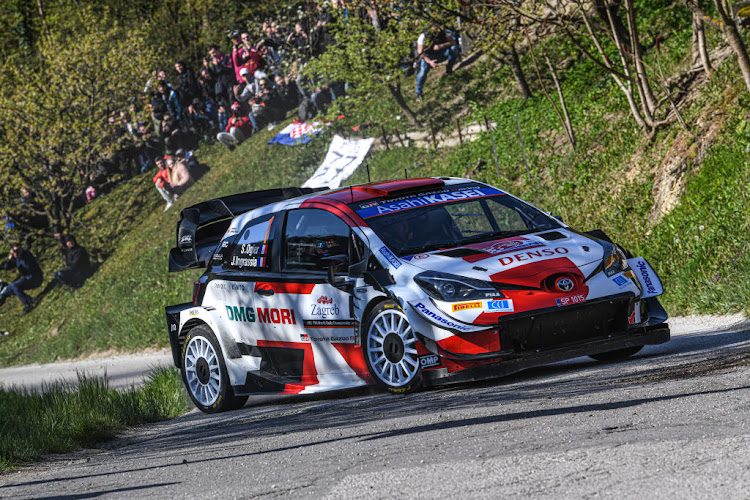 Toyota's reigning world champion Sebastien Ogier won the Croatia Rally by a mere 0.6 of a second on Sunday after three days of action and despite being involved in a road accident before the start of the final leg.

The Frenchman was overnight leader by 6.9 seconds but fell behind teammate Elfyn Evans after a collision with another car while driving from Zagreb to the opening stage of the day on a public road.

The Toyota, which had been changing lane with another car approaching at speed behind and on the inside, was damaged on the co-driver's side but the crew were unhurt and able to continue.

Video posted on social media showed a number of police at the scene, with Ogier driving off as one officer briefly put his hands on the bonnet and attempted to stop him.

Evans started the final power stage with a 3.9-second advantage but Ogier romped through with the fastest time to take the overall victory and five bonus points, with the Welshman having to settle for second.

“It's been a rollercoaster all weekend, I was already happy to be still in the race let alone win by so little ... it's for these emotions that we do the sport,” said Ogier on Twitter.

The seven times world champion took over at the top of the championship from young Finnish teammate Kalle Rovanpera, who crashed out on the opening day.

The Frenchman now has 61 points after three rounds to Neuville's 53 with Evans on 51. Rovanpera dropped to fifth with 39, one point behind Hyundai's Ott Tanak.

Irishman Craig Breen was second in the power stage for four bonus points, with Neuville taking three in third. Evans was fourth and Estonian Tanak fifth for the final extra point.

The Zagreb-based asphalt rally was making its debut in the championship.

Red Bull have hired Ben Hodgkinson from Formula One rivals Mercedes as technical director of their own engine company, the team said on Friday
Motoring
1 year ago

Netflix is in production on a documentary series involving Bubba Wallace and his journey with the newly formed 23XI Racing Team, the company ...
Motoring
1 year ago