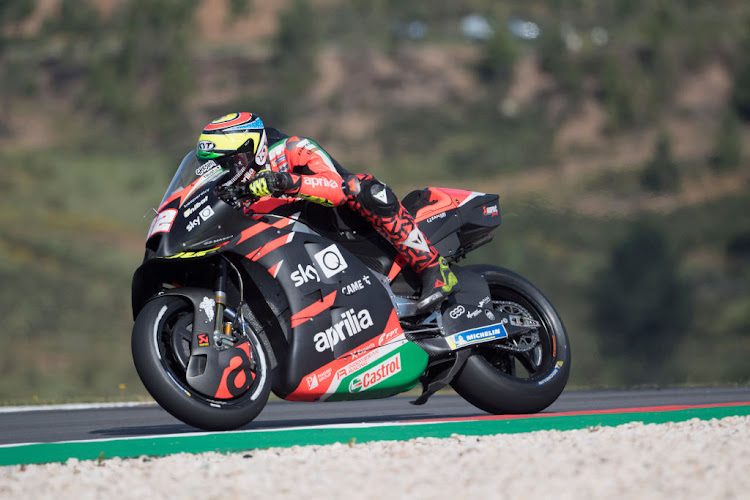 Lorenzo Salvadori of Italy and Aprilia Racing Team Gresini heads down a straight during the MotoGP of Portugal at Autodromo Internacional Do Algarve on April 16, 2021 in Portimao.
Image: Mirco Lazzari gp/Getty Images

Nadia Padovani has taken over as owner and principal of the Gresini MotoGP team after the death of her husband and founder Fausto in February.

Gresini said in a statement on Thursday that Gresini's sons Luca and Lorenzo would play important roles in the team, the former on the sporting side and attending this weekend's Spanish Grand Prix.

“With the whole family on board to give continuity to the company, Fausto's secret wish to return to MotoGP as an independent team will become a reality from 2022,” Gresini said.

The team competes in all three categories of grand prix racing.

“To have an independent team in the premier class is surely something very demanding, with a team to be built from scratch, but I know everyone in the company is giving their 110% to make his dream come true,” said Padovani.

“We're speaking with several manufacturers and in a matter of few weeks we will reveal the details of our MotoGP project.”

Gresini, twice a world champion in the 125cc category (now Moto3), died at the age of 60 and two months after contracting Covid-19.

Meanwhile, Aprilia Racing have signed a new deal with Dorna to compete in MotoGP through 2026 as a factory team, with the Italian team becoming the final manufacturer to get on board.

“From next season, we will be participating in an official capacity as a manufacturer. This opens up new and hopefully great opportunities and we will need to manage many additional responsibilities,” Aprilia Racing CEO Massimo Rivola said.

“At this time, our thoughts and gratitude go to Gresini Racing, who have accompanied us in these years.”

Netflix is in production on a documentary series involving Bubba Wallace and his journey with the newly formed 23XI Racing Team, the company ...
Motoring
3 weeks ago
Next Article