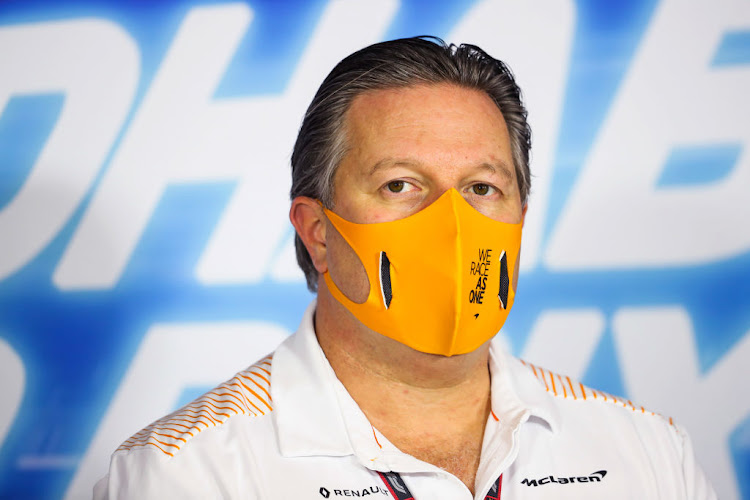 McLaren boss Zak Brown has called for secret votes on rule changes to ensure Formula One teams are not pressured by bigger partners.

The American laid out what he saw as the priorities for the sport's future, post-pandemic development in a statement on the team website www.mclaren.com that talked of driving through change for future prosperity.

He highlighted the close alliances between certain teams as a problem that needed to be addressed to ensure fair competition.

“The rise of team affiliations has become unhealthy for our sport. It is not in the best interests of competition if two rivals, or even three, share assets and align strategically,” said Brown.

“One of the fundamental principles of Formula One, as opposed to other one-make racing series, is an open competition between constructors.

“I do not wish to see the number of teams in F1 reduce, but team affiliations remain an issue because they do not promote a level playing field. This is where further changes need to be made to the governance of Formula One.”

Brown said there had been instances where a team had voted against their own interests to satisfy a bigger partner.

“This isn’t sport. This isn’t putting the fans first. It is a situation that must be addressed and so we call for secret ballot voting to be implemented in all F1 Commission meetings with immediate effect,” he said.

The F1 Commission must approve any rule changes, with a supermajority of 28 out of 30 votes required in the current season. The 10 teams have a vote each, with the governing FIA and Formula One having 10 each.

This season has a record 23 races planned but Brown suggested less could be more ultimately.

“A better way to race across 25 markets would be to have an F1 season of, say, 20 races, of which 15 or so would be fixed annual events and the remaining five shared between different venues, on a rotational basis each year,” he said.

Japanese F1 GP to remain at Suzuka until end of 2024

The Japanese Grand Prix will remain at Suzuka until at least the end of the 2024 season after Formula One and circuit owners announced a three-year ...
Motoring
1 year ago