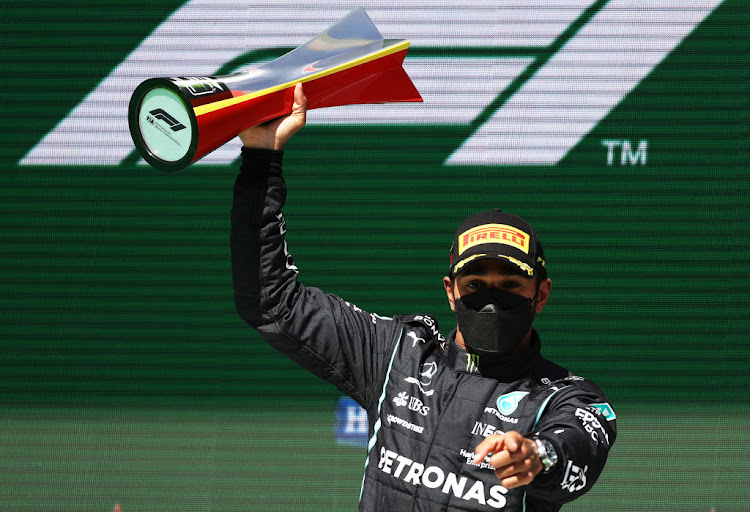 Race winner Lewis Hamilton of Great Britain and Mercedes GP celebrates on the podium after the F1 Grand Prix of Portugal at Autodromo Internacional Do Algarve on May 02, 2021 in Portimao, Portugal.
Image: Lars Baron/Getty Images

Verstappen finished second at the Algarve circuit with Mercedes' Valtteri Bottas completing the podium, and taking a bonus point for the fastest lap, after starting from pole position.

The victory was a record-extending 97th of Hamilton's career.

Mercedes expect to start contract talks soon with Lewis Hamilton after the seven-time Formula One world champion indicated he intends to race on next ...
Motoring
2 weeks ago

Formula One's 'Paddock Club' hospitality has gone from vroom to Zoom in the age of Covid-19 and it looks like the virtual version is here to stay ...
Motoring
2 weeks ago
Next Article