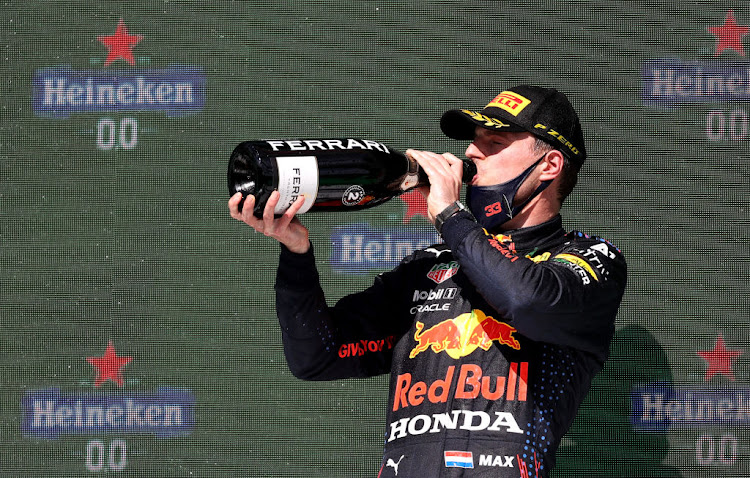 Second placed Max Verstappen of Netherlands and Red Bull Racing celebrates with sparkling wine on the podium during the F1 Grand Prix of Portugal at Autodromo Internacional Do Algarve on May 02, 2021 in Portimao, Portugal.
Image: Lars Baron/Getty Images

Max Verstappen has changed his mindset now Red Bull have given him a car capable of challenging for the championship, Formula One's MD for motorsport Ross Brawn said on Monday.

The 23-year-old Dutch driver has won once this season and finished second in the two other races to sit second in the standings, eight points behind Mercedes' seven-time world champion Lewis Hamilton.

“It's clear that Max Verstappen is approaching this championship in a different way because he finally has a title-winning car,” Brawn wrote in a column on the formula1.com website.

“His mindset has changed and he’s got an eye on the whole championship.

“It had to change because when you’re a title contender, the focus has to be on consolidating when you’re not the fastest and when opportunities such as a mechanical issue for a rival or a Safety Car present themselves, you must be in a position to strike.”

Brawn said Verstappen accepted there would be an “ebb and flow” to the championship, with a record 23 races scheduled this season.

Verstappen, despite his young age, is already a veteran of 122 grands prix with 11 wins but his focus has been more on occasional success with Hamilton and Mercedes so dominant.

The next race is in Spain on Sunday at the Barcelona circuit where in 2016 he became the sport's youngest ever race winner at the age of 18.

“We always knew this season would be up and down in terms of the tracks we were strong at and the ones Mercedes were,” Verstappen said on Sunday.

“We scored good points here but I’m looking forward to Barcelona, a track that has more normal grip levels and where I have good memories. I think we will also see a clearer picture of how teams have been progressing.

“It’s a long season ahead so a lot can happen.”

Formula One title rivals Lewis Hamilton and Max Verstappen have gone wheel-to-wheel in all three races this season but both expect the racing to stay ...
Motoring
1 week ago