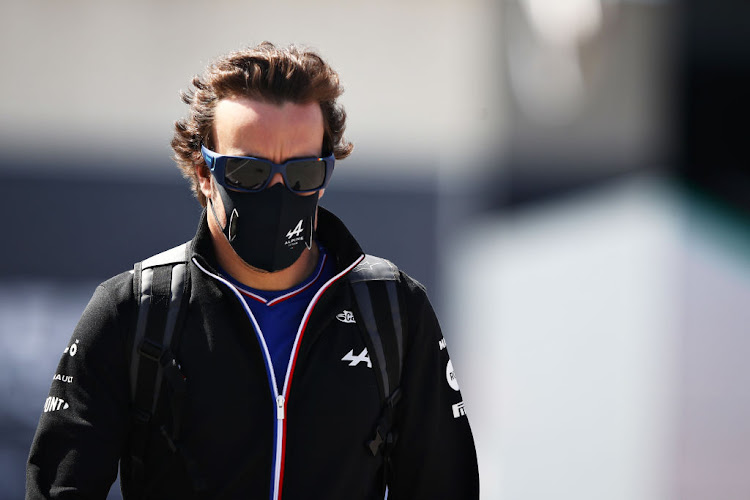 Fernando Alonso of Spain and Alpine F1 Team walks in the Paddock ahead of the F1 Grand Prix of Portugal at Autodromo Internacional Do Algarve on May 02, 2021 in Portimao, Portugal.
Image: Mark Thompson/Getty Images

The days of 140,000 fans cheering Fernando Alonso to a home victory in Spain are long gone but the double Formula One world champion returns this weekend firm in the belief he can drive better than ever.

The 39-year-old is making his first Spanish Grand Prix appearance since 2018, when he was at then-struggling McLaren, with his comeback a work in progress after three races for Renault-owned Alpine.

He retired from the opener in Bahrain in March with a brake issue, finished 10th in Imola after Alfa Romeo's Kimi Raikkonen was demoted and was eighth in Portugal last weekend.

Much has been made of top drivers struggling this season after switching teams, let alone returning after two years racing elsewhere, but Alonso suggested that had been exaggerated.

He said before the season started he felt at his best and he stood by that.

“I am at a point in my life where I feel good and I feel capable of driving better than ever but that doesn’t mean you don’t find difficulties while entering a new adventure,” he told a select group of reporters.

“I was the first to admit I was not 100% in Imola and not comfortable and probably underperforming but it was one race.”

Even then, Alonso was only two tenths of a second off young French team mate Esteban Ocon.

“But in Bahrain I was happy and probably over-performing ... we need a couple of races for everything to settle down.”

The crowd at Barcelona's Circuit de Catalunya on Sunday will be restricted to 1,000 due to the Covid-19 pandemic, a far cry from the Alonso-mania of old.

In 2006 more than 130,000, mostly in the blue and yellow of his home region of Asturias and the Renault livery, watched him become the first Spaniard to win at home and collect the trophy from the king.

“I think 2006 is something I will never experience again in terms of the passion of the people and support from the grandstand.”

The Spanish Grand Prix is out of contract after Sunday's race but he hoped it would not be a farewell story.

“Honestly I’m not thinking that this is the last one in Spain,” said Alonso, who has also finished second four times in Barcelona and won in Valencia in 2012.

“We are a country that has been good for Formula One in the last two decades.”

Max Verstappen's first Formula One win at the Circuit de Catalunya on his Red Bull Racing debut in 2016 was simply sensational but another success on ...
Motoring
1 year ago

Romain Grosjean will drive a Formula One car for the first time since his fiery crash in Bahrain last November when he tries out Lewis Hamilton's ...
Motoring
1 year ago

Spectators will be able to attend the Monaco Grand Prix when the social highlight of the Formula One calendar returns from May 20 to 23 after missing ...
Motoring
1 year ago