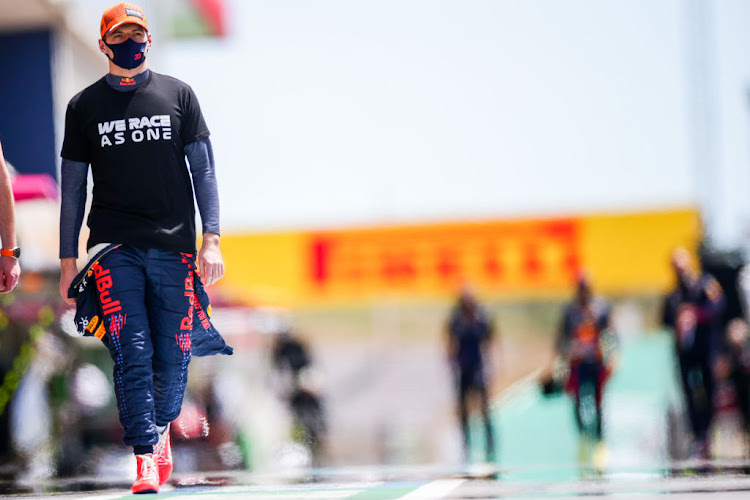 Max Verstappen of Red Bull Racing and The Netherlands during the F1 Grand Prix of Portugal at Autodromo Internacional Do Algarve on May 02, 2021 in Portimao, Portugal.
Image: Peter Fox/Getty Images

Max Verstappen's first Formula One win at the Circuit de Catalunya on his Red Bull Racing debut in 2016 was simply sensational but another success on Sunday, in his 100th start for the team, would surprise nobody.

Eight points behind his British rival after three races, Verstappen will find round four much more to his liking than Portugal last weekend.

Grip levels, after the Algarve circuit's slippery surface, should be more normal and Barcelona is always a good benchmark for a car's strengths and weaknesses.

“Barcelona will always hold special memories for me. Your first F1 win is pretty emotional, especially when it is a bit of a shock to everyone as it was my debut for the team,” said Verstappen.

“I think it can be a good track for us, but I do expect Mercedes to be very quick too so it’s going to be very close again and it’s just going to depend on who finds the best set-up,” he added.

Verstappen started 23 races for Red Bull-owned Toro Rosso, now AlphaTauri, before his promotion to Red Bull Racing at the age of 18 made him the youngest ever grand prix winner.

He and Hamilton have been in a league of their own this season, the Dutch driver winning once with two second places to Hamilton's two victories and one runner-up.

Hamilton has won in Spain five times, and for the past four years, and another victory would equal Michael Schumacher's six with Benetton and Ferrari.

Pole position would also make him the first Formula One driver to reach 100 but Mercedes' director of trackside engineering Andrew Shovlin said the weekend was looking too close to call.

Hamilton's team mate Valtteri Bottas, who finished third from pole position in Portugal, is already 37 points behind the Briton and fourth overall.

With his position at the team uncertain for next year, and Mercedes-backed Williams driver George Russell favourite to replace him, the Finn needs a strong showing.

Behind the podium regulars, expect McLaren's Lando Norris to continue the fine run of form that has sent him third overall.

Only 1,000 spectators — circuit members drawn by ballot — will be allowed into the grandstands as a result of restrictions on mass gatherings due to the Covid-19 pandemic but they will have two Spanish drivers to cheer on.

Carlos Sainz will be making his first home appearance as a Ferrari driver while double world champion and two-time Spanish GP winner Fernando Alonso returns with Renault-owned Alpine after two years out.

Formula One did not test at the circuit preseason, for the first time since 2014, and the La Caixa turn 10 has been radically re-profiled with the lap distance extended by 20 metres.

Romain Grosjean will drive a Formula One car for the first time since his fiery crash in Bahrain last November when he tries out Lewis Hamilton's ...
Motoring
4 months ago

Spectators will be able to attend the Monaco Grand Prix when the social highlight of the Formula One calendar returns from May 20 to 23 after missing ...
Motoring
4 months ago