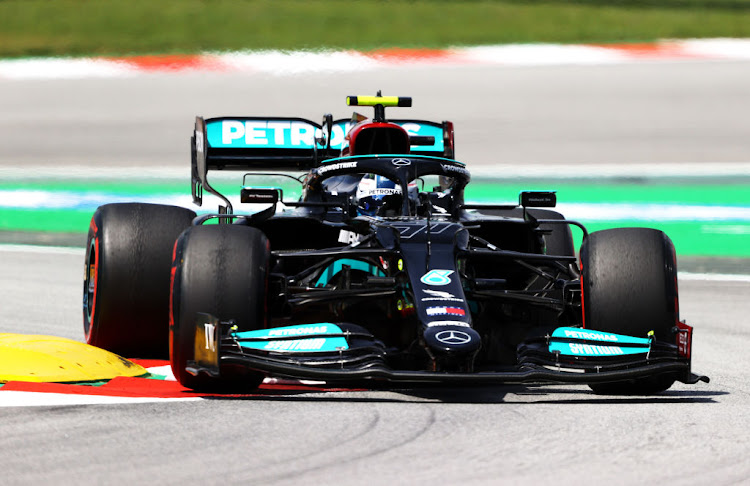 Valtteri Bottas lapped fastest for Mercedes in first practice for the Spanish Grand Prix on Friday with Red Bull's Max Verstappen next on the timesheets and a mere 0.033 of a second slower.

Seven times world champion Lewis Hamilton, who is eight points clear of Verstappen after three races and has won in Spain for the past four years and five times in total, was third quickest.

"Less than a 10th between ourselves and Mercedes, at a track like this that's been a stronghold for them for the last seven years or so, that's encouraging," Red Bull principal Christian Horner told Sky Sports television.

"Mercedes have been truly dominant here for the last few years. I think if we can get close to them here that's a really encouraging sign."

Bottas, who started the preceding race in Portugal on pole position, lapped the Circuit de Catalunya with a best lap of one minute 18.504 seconds.

The Finn had faced questions on Thursday about his future and the possibility he could be replaced mid-season, speculation he dismissed firmly.

Sunday's race will be Verstappen's 100th start for Red Bull, and marks a return to the circuit where the Dutch driver became the sport's youngest ever winner on his team debut as an 18-year-old in 2016.

The 23-year-old has fallen foul of track limits in recent races, having times deleted for going too far wide, but Horner doubted that would be a big issue this weekend.

"I certainly hope it won't, it's not that type of a circuit," he said, adding there would be more discussion about the rules between team principals on Saturday.

The session was halted with 15 minutes remaining when Alfa Romeo reserve Robert Kubica, making his first Friday appearance of the season, went off into the gravel at the revised turn 10.

Haas's Nikita Mazepin also spun, something that has become a regular occurrence for the Russian rookie.

Mexican Sergio Perez says he is following the lead of Formula One team mate Max Verstappen as the quickest way to get up to speed in his new role at ...
Motoring
1 year ago

Valtteri Bottas shot down media speculation on Thursday that he could be replaced as Lewis Hamilton's Mercedes teammate midway through the season and ...
Motoring
1 year ago