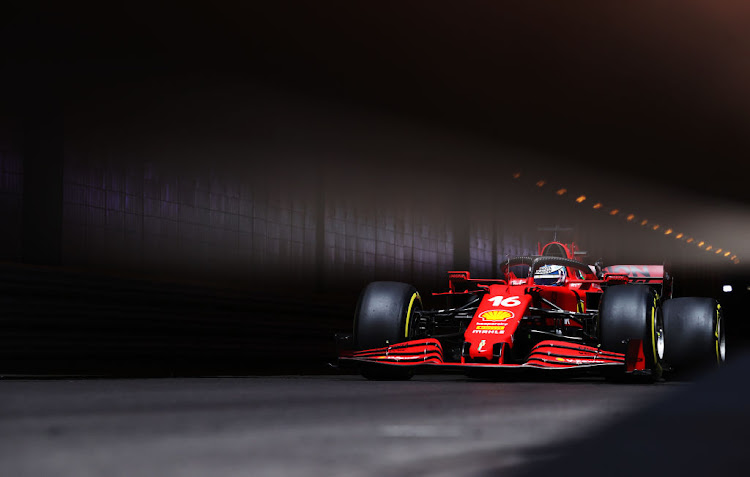 Charles Leclerc during practice before the F1 Grand Prix of Monaco at Circuit de Monaco on May 20 2021 in Monte-Carlo, Monaco.
Image: Lars Baron/Getty Images

Charles Leclerc went from last to first on his hometown streets to lead a stunning Ferrari one-two in a red-flagged second Monaco Grand Prix practice on Thursday.

The 23-year-old Monegasque, born and bred in the Mediterranean principality, lapped the metal-fenced layout with a best time of one minute 11.684 seconds in the afternoon session.

Leclerc managed only four laps in the morning before being sidelined by a gearbox problem that left him bottom of those time sheets.

It was the first time Ferrari had led a practice session since Sebastian Vettel, now at Aston Martin, was fastest in Hungary last July.

The afternoon session was stopped five minutes early after Mick Schumacher hit the barriers sideways at Massenet and parked up after going through the tunnel, with the Haas needing to be removed.

Mexican Sergio Perez was fastest for Red Bull in the opening session, the first time he had topped the time sheets since joining the team this year.

The Mexican had a best time of 1:12.487 on the soft tyres, with Sainz again second quickest and 0.119 off the pace, with Verstappen third.

Hamilton, who has won three races to Verstappen's one, was fifth on the morning time sheets and also on the medium tyres with team mate Valtteri Bottas sixth. AlphaTauri's French driver Pierre Gasly was fourth fastest.

The race, a highlight of the calendar, was cancelled last year due to the pandemic but has returned with 40% capacity in the grandstands and 7,500 ticket holders a day.

Practice is traditionally on Thursday in Monaco rather than the usual Friday, which is a rest day for Formula One.

Sergio Perez topped a practice session for the first time as a Red Bull driver as Formula One returned to the streets of Monaco on Thursday after two ...
Motoring
1 month ago