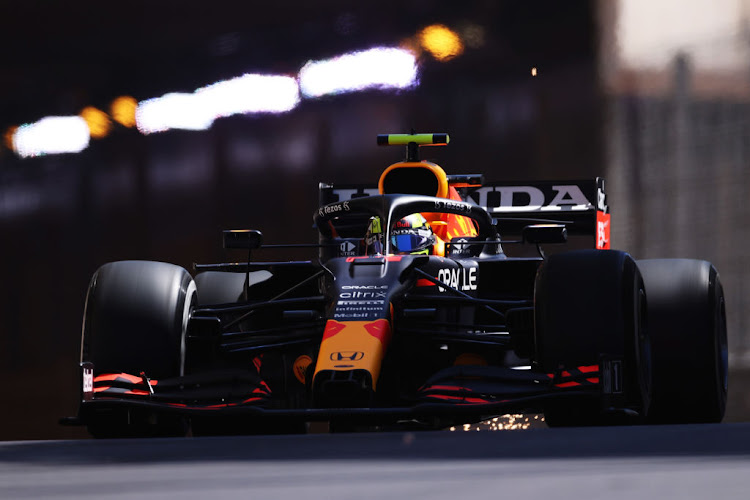 Sergio Perez on track during practice ahead of the F1 Grand Prix of Monaco at Circuit de Monaco on May 20 2021 in Monte-Carlo, Monaco.
Image: Lars Baron/Getty Images

Sergio Perez topped a practice session for the first time as a Red Bull driver as Formula One returned to the streets of Monaco on Thursday after two years' absence due to Covid-19.

The Mexican, who joined the title contenders from Racing Point (now Aston Martin) for 2021, lapped the harbourside circuit with a best time of one minute 12.487 seconds on the soft tyres.

Ferrari's Carlos Sainz was second quickest, 0.119 off the pace, with Red Bull's Max Verstappen third but both on the slower medium tyres.

Verstappen is 14 points behind Mercedes' seven-times world champion Lewis Hamilton after four races in what is turning into a private duel between the two.

Hamilton, who has won three races to Verstappen's one, was fifth on the time sheets and also on the medium tyres, with team mate Valtteri Bottas sixth.

Ferrari's Monaco-born racer Charles Leclerc, who has retired in his previous two home outings, managed only four laps before he was sidelined for the remainder of the session with a gearbox problem.

Two-times world champion Fernando Alonso also spent unwanted time in the garage after hitting the wall early on and smashing his front wing. The Alpine driver was able to return to the track later on.

The race, a highlight of the calendar, was cancelled last year due to the pandemic but has returned with 40% capacity in the grandstands and 7,500 ticket holders a day.

Practice is traditionally on Thursday in Monaco rather than the usual Friday, which is a rest day for Formula One.

Lando Norris can take former champions McLaren back to the top in Formula One, former teammate Carlos Sainz said on Wednesday after the 21-year-old ...
Motoring
1 month ago