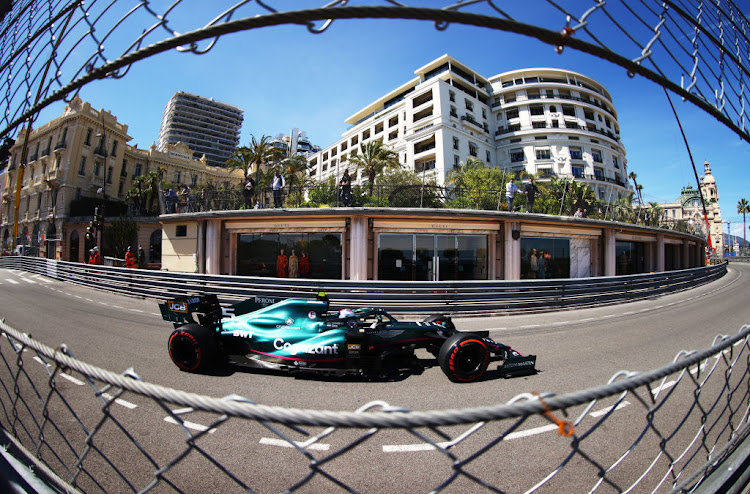 Sebastian Vettel driving on track during practice for the F1 Grand Prix of Monaco at Circuit de Monaco on May 20 2021 in Monte-Carlo, Monaco.
Image: Bryn Lennon/Getty Images

Sebastian Vettel lapped the unforgiving Monaco street circuit with tears in his eyes during Thursday's second practice after something irritated his vision.

The four-times Formula One world champion was later jokingly presented with a makeshift eye patch by his Aston Martin team mates.

“I had the first run and something got into my eye, and then it got worse on the second run,” the German told reporters.

“So the team was quite nice and they made me this,” he said, showing off the patch. “So I probably think I’ll keep that and it will keep me safe for the rest of the weekend.”

Vettel had said over the radio that it felt like his eye was bleeding and that either he was “super-emotional” or something else was going on.

“It was just tears and tears and I was blinking the whole lap. Not ideal on a track like this,” added the two-times Monaco Grand Prix winner.

Vettel was eighth in the first session and 10th in the second.

Charles Leclerc went from last to first on his home town streets to lead a stunning Ferrari one-two in a red-flagged second Monaco Grand Prix ...
Motoring
1 month ago

A race-winning Formula One McLaren driven by Lewis Hamilton in 2010 will be put up for auction at the British Grand Prix in July as it does laps of ...
Motoring
1 month ago